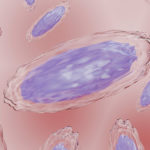 Akkermansia to the rescue

The connection between gut microbiota and human health is well recognised and described, yet areas of uncertainty remain. This ultimate collaboration on human health has helped scientists to explain the essential mutual dependence between humans and their gut bacteria.

Gut microbiota can be choreographed through passive or active strategies. The former includes hygiene, diet, lifestyle, and environment, while the latter comprises antibiotics, pre- and probiotics. In addition, dietary constituents can promote phylogenetic variations in the microbiota. In this context, prebiotics are defined as “a substrate that is selectively utilised by host microorganisms conferring a health benefit”. Probiotics are defined as “live microorganisms which when administered in adequate amounts confer a health benefit on the host”[1]. The gram-negative anaerobic bacterium Akkermansia Muciniphilia represents between 0.5 and 5% of all colonising commensal bacteria in the human gut and has a key differentiating characteristic over other commensal bacteria. This is its capacity to live in the intestinal mucus and use it. Indeed, it expresses a large panel of specific mucus-degrading enzymes. Thanks to these enzymes, it does not rely on dietary substances to feed itself. The composition of this mucus layer and its associated microbiota (sometimes referred to as the biofilm) helps to protect the lining of the intestines—just a single cell in thickness—from injury.

‘Akkermansia muciniphila’ An Organism to Enhance the Gut & More

Akkermansia muciniphila is one of the most abundant single species in the human intestinal microbiota (0.5–5% of the total bacteria) and has been isolated and characterised as a mucin-utilising specialist in 2004 by Muriel Derrien in her PhD. research at Wageningen University[2]. This discovery was initiated by the notion that the human body produces its own “prebiotics” or microbial substrates, namely mucus, an abundant glycoprotein that is specifically produced and degraded in the colon.

Upon degrading mucin, A. muciniphila produces the important short chain fatty acids (SCFAs) acetate and propionate, which serve as substrates for other bacteria and the host. SCFAs have also been linked to the regulation of body weight gain through their anorexic, anti-inflammatory, and metabolic effects[3].

Importantly, in humans, the abundance Akkermansia muciniphila was decreased in several pathological situations such as obesity, type 2 diabetes, inflammatory bowel diseases, hypertension and liver disease[4],[5]. If you restore Akkermansia muciniphila along with other beneficial microbes you may be able to help your body manage the aforementioned and other health related issues[6].

Indeed, numerous studies have found that Akkermansia muciniphila was positively associated with:

These health conditions are associated with an altered gut barrier function leading to increased plasma lipopolysaccharide levels and eventually triggering low-grade inflammation and metabolic disorders. Akkermansia muciniphila alive or pasteurised has been shown to restore gut barrier function likely by acting on TLR2 and restoring appropriate tight junction expression. All these results are associated with an increased mucus layer thickness and an improvement of metabolic disorders. Including blood sugar management by regulating the endogenous production of gut peptides involved in glucose regulation, respectively glucagon-like peptide 1 and 2[10].

Collectively all these data reinforce the assumption that live Akkermansia muciniphila can be considered as a next-generation beneficial microbe with the exceptional particularity that this bacterium can act on numerous facets of metabolic syndrome and cardiometabolic disorders.

Until recently expanding the population of Akkermansia muciniphila relied on exogenous prebiotics and hope. However, Pendulum Therapeutics has stabilised the bacteria and it is now available as an oral supplement, which has also undergone a double-blind randomized placebo-controlled trial, published in the BMJ Open Diabetes Research and Care[11].

Of note for this oral supplement, most practitioners will be familiar with the use of colonising forming units (CFUs) to denote the number of viable organisms that can multiply to form a colony in a prescribed dose. Akkermansia Muciniphilia are measured in Active Fluorescent Unit (AFU’s). Like CFU, AFU is a measure of viable (live) anaerobic bacteria. The difference is in the method used to measure anaerobic bacteria. While the method of measure is different, AFU’s enable the accurate count of difficult-to-culture strictly anaerobic bacteria. 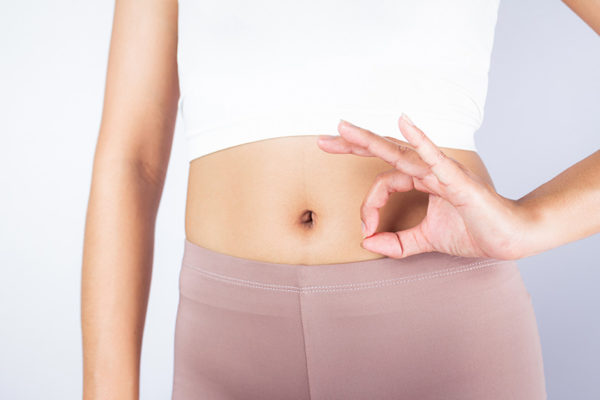 Furthermore, a well-identified inverse relationship between Akkermansia muciniphila, body weight and insulin sensitivity has been observed in both humans and animals. Antidiabetic drugs, gastric bypass surgery, prebiotics and biologically active compounds, such as polyphenols or saponins, have been shown to be associated with Akkermansia muciniphila relative abundance and early studies indicate that this has favourable effects on metabolic disorders. Furthermore, Akkermansia muciniphila supplementation alone has been correlated with weight reduction and improvement of metabolic disorders, including fat mass gain, adipose tissue inflammation, metabolic endotoxaemia, and insulin resistance[12].

Oral supplementation of Akkermansia muciniphila combined with pre-biotic food choices and other healthy lifestyle choices that favour eubiosis and diversity of commensal bacterium and other organisms may represent another safe and effective method of resetting metabolic disorganisation.

Previous Post
What the Bs can do
Next Post
A Novel Bacterial answer to many inflammatory conditions?