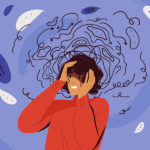 Anxiety and Depression is a ‘Thing’

Reading the press, listening to the radio, or sourcing information from journals or other sources such as social media, it is hard to miss the changes in emotional strength that are being reported on. However one chooses to place the rising rate of emotional dysfunction, there is an expanded need being met by a diminished process of support. Friendships, family and professionals are all stretched and cannot, it seems, easily meet the growing need.

Add to that the background noise of war, rising prices and uncertainty, it can quickly be seen that there are pressures on our cognitive and emotional intelligence. Feelings of being overwhelmed quickly manifest in changes in behaviour and attitudes and in most cases, these create adverse events and unintended consequences.

Anxiety is a future-oriented state of mind, characterised by feelings of fear, worry or general unease. Everyone feels anxious from time to time, but for some, anxiety is constant and adversely affects their daily life.

Medication currently used has limited effect. Recent research confirmed again that serotonin reuptake inhibitors (SSRIs) are in the main limited in their clinical outcomes, yet millions are prescribed them. The Molecular Psychiatry paper by Moncrieff and colleagues, while not saying anything new, reiterates the message that has been clear for some time: there is no evidence to support the chemical imbalance theory of mood disorders[1].

Many people do feel better when using SSRIs, despite the mechanism of action as currently understood being based on the chemical imbalance model, is not the reason why. Interestingly the benign indifference to a very widely used medication explanation is tolerated by prescribers because it ‘appears’ to provide benefit, yet the same level of tolerance is far less likely to be an accepted component of application when using non-pharmacological approaches to anxiety and depression.

Attending to diet, exercise, environmental exposures, managing social interaction, safety, and sleep is also effective for many people with depression and anxiety. Psychotherapy and other talking therapies can also be very helpful. But many people struggle with depression and anxiety despite engaging these things, and it is for them and the ones not able to engage in all lifestyle changes that we need to utilise alternative and safe support strategies.

Ergophobia; excessive fear of the workplace. Ergophobia was first described in the 19th century as both “the art of laziness” and “a morbid fear or hatred of work”[2]. One is controlled, intentional (and perhaps even enjoyable) idleness. The other is an unavoidable anxious state, closely related in the modern day to burnout, panic attacks and depression disorders.

These kinds of distinctions may be simplistic, but they are helpful. If you are experiencing fear at work or feeling unheard or silenced (or indeed anywhere), then ask yourself: “Is this down to me? Is there something I can change about my own behaviour? Am I being unreasonably sensitive? Am I being a tiny bit lazy?”

Try and focus on specifics. “Is this to do with me or the work or the situation itself? Or the personalities involved? Is it something environmental, like post-pandemic stress?” By separating out these categories, you can immediately start to see more easily what the solutions might be and how much influence you have over them. Then by evaluating each element those aspects in your control can be altered or changed and those currently outside of your control can be addressed later, when you have a higher level of function. 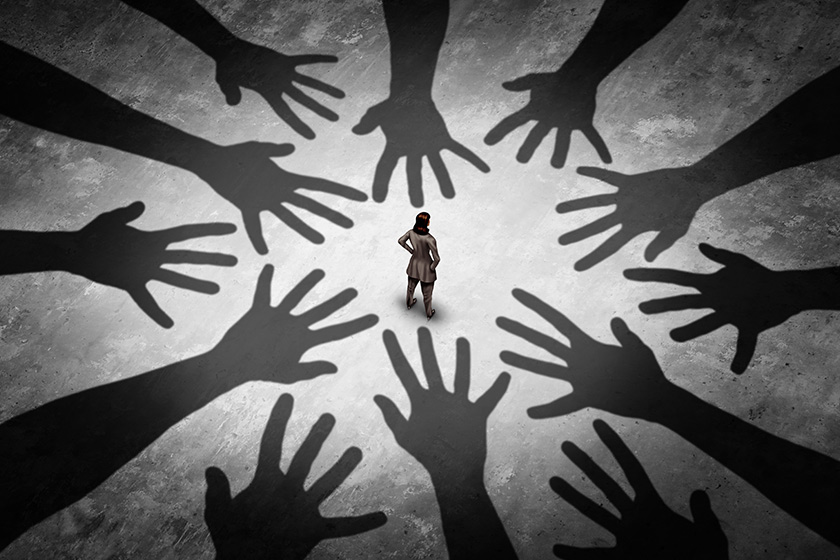 Inevitably there is a need for external assistance. That can be pharmaceutical or non-pharmaceutical, and there are a number of safe, effective natural ingredients that have shown over time and in studies to induce an improved state of mind and well-being. This leads to better sleep, a reduction in feeling overwhelmed and helps with decision-making. A process that if aligned with a careful support package can resolve the emotional discord, and facilitate a life free from anxiety and depression, or at least diminish the adverse effects of these challenging emotional states.

Changing behaviour is hard, even stepping away from destructive habits, situations and people can be a challenge despite the apparent benefits. Using targeted nutritional supplements alongside a structured set of lifestyle changes can help to set people on the path to recovery.

Fish protein hydrolysate (FPH) is a breakdown product of fish proteins containing smaller peptides and amino acids. FPH is obtained by treatment of fish meat with trypsin, alcalase, chymotrypsin, pepsin, or other enzymes under controlled conditions of pH and temperatures.

Stabilium® 200 (Garum Armoricum® GA) is the FPH extract from the fish Molva dypterygia (Blue Ling), found in deep waters off the Armorican peninsula of Brittany. It was used by the ancient Celts of Armorica, Ireland, and by the ancient Romans, as a food supplement to improve resilience to physical and emotional stress. The condiment had many benefits. It contains lots of amino acids, vitamin B-12, and other micronutrients. More recent research has shown that the small bioactive peptides, fatty acids found in GA improves stress, sleep quality, markedly reduces anxiety, enhances memory and mental clarity, and may be as calming as prescription anxiolytics, without the side effects[3].

Anxiety is a high-frequency disorder in the general population. It is usually treated with benzodiazepines, which cause side effects and a dependence that could make withdrawal difficult. Alternative treatments are therefore needed to reduce the use of anxiolytics, particularly for adjustment disorder with anxiety. An observational, multicentre, prospective, longitudinal study has been conducted by general practitioners and one gynaecologist to evaluate the efficacy of a dietary supplement on adjustment disorder with anxiety (Stress 2 study). In this 28-day treatment with a dietary supplement formulated with bioactive peptides from a fish protein hydrolysate (Gabolysat®), magnesium and vitamin B6[4]. 75.3% of patients improved significantly and very significantly, with limited side effects and a negligible rebound effect. In conclusion, adjustment disorder with anxiety seems to be effectively managed by an alternative and safer solution than benzodiazepines.

In rats, Gabolysat® showed an anxiolytic activity comparable to that of diazepam as early as 30 min after its administration as well as 60 min after. Therefore, Gabolysat® has the advantage of acting rapidly and durably on anxiety[5]. Prior work using the rat model also show improved adrenal and hypothalamus responses indicative of a CNS calming effect[6].

Magnesium insufficiency and frank deficiency are rampant in the U.K. and most industrialised nations. More than half of the U.K. population (ages ≥4 years) is considered to be under consuming this vital mineral[7]. Chronic diseases, medications, decreases in food crop magnesium contents, and the availability of refined and processed foods have all contributed to this epidemic.

Magnesium is the second most abundant cation in soft tissues (behind potassium), and it is a cofactor for more than 300 enzymes. It plays a role in adenosine triphosphate (ATP) production, neuronal activity, cardiac function, and electrical properties of cell membranes; has antispasmodic effects; and assists in glutathione synthesis. In addition to all of these accolades, magnesium has anxiolytic properties, increases stress tolerance, and is an effective antidepressant[8]. The recommended daily allowance (RDA) varies by age and gender, ranging from 360 to 420 mg of elemental magnesium daily.

Food when concentrated, and or fermented, changes its compositional potency allowing for a novel application in health generation. For many centuries practitioners have explored and refined the use of nutrients, plants, herbs and extracts to mitigate poor health and restore vitality and to compensate for poor nutritional choices.

There are numerous approaches that can assist an individual to recover well-being and focus, and in clinical settings the more of the changes the individual can encompass in their daily life the better the threshold effect is. Sometimes, to support or generate enough momentum to facilitate this to occur, an exogenous effective nutrient combination can be very helpful

GA and other FPH selected for their impact on emotion and vitality can be utilised safely and in conjunction with other interventions including magnesium and medications. The strategy requires preloading doses to facilitate an enhanced state of mind followed by more consistent dosing as required, combined with positive and sustained changes in behaviour.