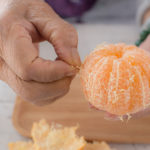 Anti-aging Diets – do they work?

A proposed test to measure inflammation, from which an ‘inflammatory age’ may be determined has recently become available. The test involves the drawing of a blood sample and then assessing the levels of various markers of inflammation using artificial intelligence. This is then used to determine whether someone is at risk of developing age-related disorders such as cardiovascular and neurodegenerative disease. The clock measures ‘biological age’, which takes health into consideration and can be higher or lower than a person’s chronological age[1]. The researchers who developed iAge hope that, because inflammation is treatable, the tool could help doctors determine who would benefit from intervention — potentially extending the number of years a person lives in good health.

“In effect the test reinforces the fact that the immune system is not only critical for predicting unhealthy aging, but is also a mechanism driving it”.

Interventions suggested to modify inflammation include the use of drugs, but focusses on lifestyle, diet, food supplements and medical foods as primary (but not exclusive intervention options).

Connecting the dots between inflammation and aging

The Nature Aging study stems from the Stanford 1000 Immunomes Project (1KIP), set up to understand how signatures of chronic inflammation change as people age. Scientists collected blood samples from people of different ages between 2009 and 2016, then ran those samples through a range of tests, assessing cytokine levels, gene activation and immune responses in the collected cells.

Whilst the predictive power of iAge still needs to be verified in large, diverse groups of people, this analysis holds the potential to forecast health outcomes in time for people to modify their behaviours to prevent chronic age-related disease. Making this a possible ‘lifestyle change’ activation test for which periodic comparisons can identify effective interventions.

The strongest contributor to iAge was the chemokine CXCL9, which was involved in cardiac aging, adverse cardiac remodelling and poor vascular function. Furthermore, aging endothelial cells in human and mice show loss of function, cellular senescence and hallmark phenotypes of arterial stiffness, all of which are reversed by silencing CXCL9[3].

“You’re as old as your arteries, which doesn’t always equal the number of candles on your birthday cake!”

Your arteries age more slowly and more gracefully than the rest of you when nurtured with daily exercise, a healthy and nutrient rich diet, minimal environmental toxin exposure, great sleep, modest amounts of stress and good relationships with family and friends. They age faster when they’re constantly assaulted by cigarette smoke, foods laden with saturated and trans fats, chronic stress, and other traumas[4].

What ‘Antiaging Diets’ can and cannot do

The scientific and popular literature is full of claims for diets that delay or reverse the aging process (at least in model organisms). But how do these interventions work? Is it the amount of food, the timing of food intake, the proportion of certain macronutrients[5]?

What has been learned is an increasing understanding of the cellular response to low nutrient availability. A picture is beginning to emerge of a complex network composed of multiple signalling pathways that converge on key molecular hubs; foremost among these is the mechanistic target of rapamycin (mTOR). In particular, validated biomarkers of biological aging are required to match intervention to each person’s distinct genetic and environmental context and thereby optimise individual healthy life span, such as CXCL9.

Alternative “antiaging” diet modalities have been described that provide new mechanistic insights and potential clinical applications. These include intermittent fasting, fasting-mimicking diets, ketogenic diets, time-restricted feeding, protein restriction, and dietary restriction of specific amino acids. Despite mainstream popularisation of some of these diets, many questions remain about their efficacy outside of a laboratory setting.

Here, “antiaging” is defined as delaying or reversing biological aging by targeting the established molecular mechanisms of aging, which have been formalized as “hallmarks” or “pillars” of aging[6],[7]. Or it may be regarded as “extending health span,” which is a qualitative term referring to the period of life free from chronic disease and disability.

One rationale in favour of recommending these diets to the general public is the perception that they are all likely healthier, at least in the short term, than the typical Western diet. These potential benefits in overweight individuals should not, however, be conflated with effects on biological aging as it is not possible to know whether these anti-aging diets affect biological decline in people, due to the length of observational analysis needed. The recent development of ‘aging clocks’ such as iAge that are useful for biological age analysis offer the possibility that this may soon be a feature of an individual’s strategy.

Like any drug, dietary interventions have a dose-response profile and at high enough “doses” will lead to substantial adverse effects and ultimately death. Among the potential side effects of calorie restriction-like diets are poor thermotolerance, loss of libido and sexual dysfunction, psychological problems, chronic fatigue, poor sleep, muscle weakness, susceptibility to infection, impaired wound healing, and social isolation[8].

There is a very real likelihood that any given calorie restriction-like diet could enhance longevity in some people while shortening life span in others. The optimal nutritional strategy for longevity will certainly be different in different people, and there are few studies that quantify short-term or long-term side effects of anti-aging diets in adults.

Whilst poor lifestyle is generally understood to lead to enhanced risk of early morbidity and the generation of chronic disease, the required lifestyle and diet changes to reverse these deleterious outcomes remains a challenge for many. Looking ahead to a time where observational outcomes may be quickly and easily quantified with a well-established and population specific biomarker, may be a route to better compliance and truly personalised therapy. The ubiquitous connection of altered immune response across autoimmune, NCD and acute disease appears to offer a subtle yet valuable marker of possibility.