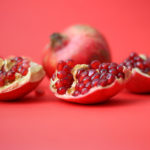 Regular dosing of vitamin D (2000 IU/day) in early childhood has been shown to reduce the risk of developing Type 1 diabetes (up to an 80% reduction projected over the next 30 years), additionally, vitamin D treatment has improved glycemic control and insulin sensitivity in people with Type 1 diabetes, Type 2 diabetes, and normal individuals.”

A recent study from the University of California, Los Angeles found that vitamin D supplementation in pregnant women increased the production of an antimicrobial protein called cathelicidin.  They concluded that despite the fact that the precise mechanism of vitamin D functioning within the placenta is undetermined, “data suggests that it may play a key role in placental innate immunity.

In yet another study extolling the virtues of vitamin D, it has been noted that not only were low serum levels of 25-hydroxyvitamin D associated with higher risk of myocardial infarction but also with controlling factors known to be associated with coronary artery disease.

According to a recent study of dieters placed on a caloric-restricted diet, vitamin D status played a significant role in the total amount of weight loss.  For every increase of 1 ng/ml of 25-hydroxycholecalciferol, study participants ended up losing almost 0.2 kg more in total weight loss.  Researchers concluded,

“our results suggest the possibility that the addition of vitamin D to a reduced-calorie diet will lead to better weight loss.”