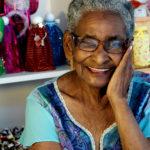 The first 10 patients who have utilized this program include patients with memory loss associated with Alzheimer’s disease (AD), amnestic mild cognitive impairment (aMCI), or subjective cognitive impairment (SCI). Nine of the 10 displayed subjective or objective improvement in cognition beginning within 3-6 months, with the one failure being a patient with very late stage AD. Six of the patients had had to discontinue working or were struggling with their jobs at the time of presentation, and all were able to return to work or continue working with improved performance. Improvements have been sustained, and at this time the longest patient follow-up is two and one-half years from initial treatment, with sustained and marked improvement.