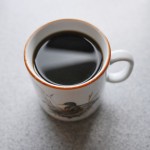 Is The Rejection Of Coffee Still A Good Strategy?

Over the last few years a number of studies exploring the potential benefits of caffeine intake have been appearing in the literature. I am of the opinion that whilst each client or patient must be looked at in terms of their overall food and fluid intake, as well as their health goals, that the knee jerk exclusion of caffeine from someone’s daily intake may need to be rethought.

In a recent paper there was an increased level of confidence that caffeine intake may protect against Alzheimer’s and more importantly for all of you who are either battling minor cognitive impairment or are looking after someone with it – caffeine intake was associated with a reduced risk of dementia or at least delayed onset for those already displaying mild cognitive impairment.[1]

The article was published June 5 in the Journal of Alzheimer’s Disease. The collaborative study involved 124 people, ages 65 to 88, in Tampa and Miami.

“These intriguing results suggest that older adults with mild memory impairment who drink moderate levels of coffee — about 3 cups a day — will not convert to Alzheimer’s disease — or at least will experience a substantial delay before converting to Alzheimer’s,” said study lead author Dr. Chuanhai Cao, a neuroscientist at the USF College of Pharmacy and the USF Health Byrd Alzheimer’s Institute. “The results from this study, along with our earlier studies in Alzheimer’s mice, are very consistent in indicating that moderate daily caffeine/coffee intake throughout adulthood should appreciably protect against Alzheimer’s disease later in life.”

In addition to Alzheimer’s disease, moderate caffeine/coffee intake appears to reduce the risk of several other diseases of aging, including Parkinson’s disease, stroke, Type II diabetes, and breast cancer. However, supporting studies for these benefits have all been observational (uncontrolled), and controlled clinical trials are needed to definitively demonstrate therapeutic value.

So what do you think – should we continue to always exclude caffeine from the food and beverage selection or should we like all good clinicians consider the data and make recommendations as the evidence evolves?