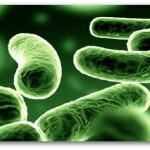 For a number of years I have written, lectured, discussed and treated people with the emerging confidence that the application of benign, but signalling specific human derived bacteria would have benefits in terms of mucosal tolerance. One of the areas I have been most interested in has been the use of lactic acid bacteria as an immune modifying organism. As the first 1,000 days of a human’s life represent the ones in which immune activity is most responsive, the implication is that early stage supplementation – even in utero supplementation will have a modifying effect on some risk factors associated with a loss of mucosal tolerance.

This was a parallel, double-blind placebo-controlled trial of 241 mother-infant pairs. Mothers with allergic disease and atopic sensitization were randomly assigned to receive (1) Lactobacillus rhamnosus LPR and Bifidobacterium longum BL999 (LPR+BL999), (2) L paracasei ST11 and B longum BL999 (ST11+BL999), or (3) placebo, beginning 2 months before delivery and during the first 2 months of breast-feeding. The infants were followed until the age of 24 months. Skin prick tests were performed at the ages of 6, 12, and 24 months.

Published in the renowned Journal of Allergy and Clinical Immunology, the well-known research group of Isolauri, Salminen and Kainonen confirm that the use of the probiotic Lactobacillus GG as a prevention regimen administered to the pregnant and breast-feeding mother, that is, prenatally and postnatally, is safe and effective in reducing the risk of eczema in infants with allergic mothers positive for skin prick test.[1]

A double-blind, randomised, placebo-controlled trial was devised to assess the effects of maternal probiotic administration on the risk of eczema in the infant. Pregnant women with atopic sensitization and either a history of or active allergic disease and the intention to breast feed for a minimum of 2 months were considered eligible for the study. The assessment of maternal allergic disease was based on reported clinical history of atopic eczema, allergic rhinoconjunctivitis, food allergy, or asthma. Sensitisation was verified by skin prick testing. Women with immune-mediated disease other than atopic or allergic disease were excluded from the study. Infants born of multiple pregnancies were excluded from the analyses to ensure independence of the study subjects.

On the basis of available evidence, it appears that probiotic intervention is most effective in reducing the risk of eczema in the infant if started during pregnancy. All 7 published trials [2],[3],[4],[5],[6],[7],[8]that showed efficacy in reducing disease risk include both prenatal maternal and postnatal probiotic supplementation.

In conclusion, our data suggest that maternal supplementation with either the combination of the probiotics LPR and BL999 or the combination of ST11 and BL999 during the last 2 months of pregnancy and the first 2 months of breast-feeding may reduce the risk of infant eczema in a clinically and statistically significant manner in infants with mothers with allergic disease positive on skin prick testing. Maternal probiotic intervention appears to be safe, inexpensive, and relatively easy to implement even during exclusive breast-feeding without need to administer probiotics to the infant.

Previous Post
Miles on menu may help healthy choices
Next Post
At Last a Good Use for Coca Cola?