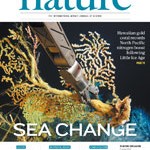 Over the more recent past a number of strands of evolving discovery indicate that subsets of commensal microbes materially influence the gut and associated mucosal immune system. In particular the peripherally generated regulatory T cell has been seen as a powerful addition in maintaining mucosal homeostasis in the gut and provides unique benefits not delivered by thymically induced Treg alone.

For instance, colonisation with the bacterium Clostridia promotes extrathymic generation of regulatory T (Treg) cells that have a central role in the suppression of inflammatory and allergic responses.

However, the molecular basis of such microbe-mediated Treg induction remains incompletely understood. Two recent papers (Jan 2014) in Nature explore this process in more detail and show that the colonic microbial fermentation product butyrate (a short chain fatty acid) significantly accelerates the differentiation of colonic Treg cells, in part via modification of dendritic cells and ameliorates colitis in conjunction with an increase in histone H3 acetylation at the Foxp3 promoter.[1],[2] This finding links butyrate to the induction of functional Treg cells in the colonic mucosa, and also provides molecular insight into the therapeutic application of butyrate opening up a number of possible interventions from practitioners and patients.

The implications are that enhancing butyrate availability to the commensal flora will assist in the phenotypic conversion from naïve T cells into regulatory Tcells and may even facilitate the reversal of effector Tcells to a prior neutral or regulatory state. Oral or rectal supplementation with butyrate has shown benefits in the management of inflammatory bowel disease and various experiments have shown moderate benefits with probiotics, the next area for research is in the application of diet as a modifier of butyrate promotion as well as colonic bacterial population density alteration.

Lifestyle changes have long been understood to be a valuable management tool for gut related inflammation and food selection may now also include items that enhance SCFA promotion.

In both studies the authors set out to determine whether microbial metabolites induce pTReg cells. Furusawa et al. found that when mice associated with chloroform-resistant bacteria (selecting for Clostridiales bacteria) were fed a high-fibre diet, but not a low-fibre diet, they had an increased number of pTReg cells compared with germ-free mice. Furthermore, analysis of the faecal metabolites showed that these mice had increased levels of short-chain fatty acids, such as butyrate and propionate. Similarly, Arpaia et al. found that, compared with faecal extracts from microbiota-deficient mice, faecal extracts from specific-pathogen-free (SPF) mice enhanced the induction of FOXP3 expression in CD4+ T cells under TReg cell-inducing conditions in vitro. Faecal extracts from microbiota-deficient mice showed reduced levels of butyrate and propionate, suggesting that commensal bacteria are responsible for the production of short-chain fatty acids that induce pTReg cell differentiation.