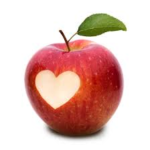 Here’s another reason why “an apple a day keeps the doctor away”—according to new research findings published in the Journal of Leukocyte Biology (https://www.jleukbio.org), oral ingestion of apple polyphenols (antioxidants found in apple peels) can suppress T cell activation to prevent colitis in mice.[1] This study is the first to show a role for T cells in polyphenol-mediated protection against an autoimmune disease and could lead to new therapies and treatments for people with disorders related to bowel inflammation, such as ulcerative colitis, Crohn’s disease and colitis-associated colorectal cancer.

“Many people with colitis use some form of dietary supplement to complement conventional therapies, but most of the information on the health effects of complementary medicine remains anecdotal. Also, little is known about exactly how these therapies work, if they work at all,”

said David W. Pascual, Ph.D., a researcher involved in the work from the Department of Immunology and Infectious Diseases at Montana State University in Bozeman, Montana.

“Our results show that a natural product found in apple peels can suppress colonic inflammation by antagonising inflammatory T cells to enhance resistance against autoimmune disease.”

To make this discovery, scientists used a chemically induced model of colitis with Dextran sulfate sodium (DSS), researchers administered an oral placebo to one group of mice, and the other group of mice was given an oral dose of apple polyphenols every day during the course of the disease. Results showed that mice treated orally with apple polyphenols were protected from colitis. Importantly, scientists also found that the treated mice had fewer activated T cells in their colons. In mice lacking T cells, apple polyphenols were unable to protect against colitis or suppress proinflammatory cytokine expression, indicating apple polyphenols protect against colitis via the suppression of T cell activation and/or recruitment.

“It appears that the old adage rings true in more ways than one,” said John Wherry, Ph.D., Deputy Editor of the Journal of Leukocyte Biology, “In addition to the obvious health benefits of the nutrients and fibre in fruits and vegetables, this study indicates that even something as relatively common as the apple contains other healthy ingredients that can have serious therapeutic value.”

This adds further value to the stewed apple recipe we have long advocated for the relief of functional bowel problems, just need to remember to leave those washed apple skins on.