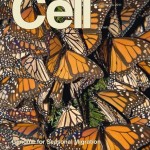 You AhR What You Eat: Linking Diet and Immunity.

Researchers reporting in the journal Cell[1] on October 13th, in the journal Science[2] on Oct 27th and Nature Reviews Immunology[3] earlier in the year are among the first to describe a mechanistic link between dietary compounds and intestinal immune function.

These scientists have found another good reason to eat your green vegetables, although it may or may not win any arguments with kids at the dinner table. It relies on a complex application of immunology and systems biology, the sort of quandary we all love to try and summarise in a few easy sentences whilst becoming lost in a sea of complexity.

Essentially the scientists have re-tweaked the role of a specialised receptor called the aryl hydrocarbon receptor (AhR). The AhR is an important transcriptional regulator of drug metabolising enzymes that dominantly controls the expression of cytochrome P450 CYP1 family genes and some phase II enzymes. AhR also has many endogenous functions including cell cycle control, immune response, and cell differentiation. In addition, AhR is well-known to be involved in chemically-induced carcinogenesis.

It appears that even Robert Louis Stephenson could never have guessed that broccoli, bok choy and cabbage would feature as personality determinants in his characters functionality, but in mice at least, these cruciferous vegetables can turn Mr Hyde into the respectable internal physician Dr Jekyll we need for mucosal tolerance.

Binding and activation of the aryl hydrocarbon receptor (AhR) is thought to be an essential step in the toxicity of the environmental pollutants dioxins and dioxin-like PCBs. However, also a number of natural compounds, referred to as NAhRAs (natural Ah-receptor agonists or ligands), which are present in, for example, fruits and vegetables, can bind and activate this receptor.

How do they do this?
Our cruciferous vegetables are the source of a chemical signal that is important to a fully functioning immune system. They do this by ensuring that immune cells in the gut and the skin known as intra-epithelial lymphocytes (IELs) which are a distinct population comprising T cell receptor-γδ (TCRγδ) T cells in the skin and TCRγδ and CD8αα+ TCRαβ T cells in the gut function properly.

The intraepithelial lymphocytes (IELs) that reside within the epithelium of the intestine form one of the main branches of the immune system. As IELs are located at this critical interface between the core of the body and the outside environment, they must balance protective immunity with an ability to safeguard the integrity of the epithelial barrier: failure to do so would compromise homeostasis of the organism.

Previous studies have shown that the phytochemical indole-3-carbinol (I3C), which is found in cruciferous vegetables such as broccoli and Brussels sprouts, is an AHR ligand precursor

The researchers of the Cell paper state:

We would have expected cells at the surface would play some role in the interaction with the outside world, but such a clear cut interaction with the diet was unexpected. After feeding otherwise healthy mice a vegetable-poor diet for two to three weeks, we were amazed to see 70 to 80% of these protective cells disappeared.

These results indicate that activation of AHR by dietary ligands is required to maintain IEL numbers, which help to preserve the epithelial barrier, microbial load and bacterial composition.

The protective IELs exist as a network beneath the surface barrier of epithelial cells that cover the inner and outer body surfaces, where they are important as a first line of defence and in wound repair.

The numbers of IELs in existence depend on AhR, which can be regulated by dietary ingredients found primarily in cruciferous vegetables. Mice in these experiments that lack this receptor lose control over the microbes living on their intestinal surface, both in terms of their numbers and composition.

You AhR What You Eat: Linking Diet and Immunity.

These findings, whilst in a murine model rather than a human, provide us with interesting indications for translation. We have for example known for over 50 years that cabbage juice activates mucosal repair and that cruciferous vegetables confer mutagenic protection in certain cells.[5] 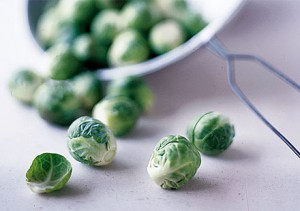 This series of papers continues to permit us to view foods as providing medically relevant benefits and for Nutritional Therapists and other clinicians interested in the valid utilisation of food groups to confer measurable outcomes,  the concept that food is our medicine, needs on-going support from the research community. After all we are confronted on a daily basis with the food industries attempts to ensure the general population view food as either fuel or television entertainment.[6]

The use of foods to mediate inflammation and loss of tolerance in animal models and in humans provides clinicians with strategies that may need substantial conversion skills to move a patient away from their preferred food selection. Whilst AhR’s are unlikely to be the next top topic at the local bar, the outcome of such a dietary change is.

Whilst as always it is tempting to extrapolate our small four legged research animals experiences directly to humans, there will be other compounds, exogenous and endogenous that influence this receptor, but none that we have such simple control over than the selection of broccoli.

it’s a good idea to eat your greens.

These results offer a molecular basis for the importance of cruciferous vegetable-derived phyto-nutrients as part of a healthy diet.