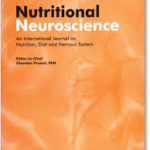 Dietary Recommendations for the Prevention of Depression 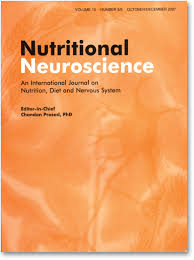 The journal Nutritional Neuroscience, published a paper in April 2017, exploring the relationship between diet and depression.[1]

The authors note that converging evidence from laboratory, population research, and clinical trials suggests that healthy dietary patterns, such as the traditional Mediterranean-style whole-food diet, and specific dietary factors, including omega-3 polyunsaturated fatty acids (PUFAs), vitamin B6 and folate, antioxidants, and zinc, may influence the risk for depression. Despite the consistency of published evidence on the relationship between dietary patterns and depressive disorders, arising from numerous observational studies carried out in recent years on large and heterogeneous populations (including diverse cultures and age groups), and the emerging evidence suggesting that dietary improvement may prevent depression, there are no dietary recommendations currently available regarding depression.

Major depressive disorder is a common, chronic condition that imposes a substantial burden of disability globally. As current treatments are estimated to address only one-third of the disease burden of depressive disorders, there is a need for new approaches to prevent depression or to delay its progression. While in its early stages, converging evidence from laboratory, population research, and clinical trials now suggests that dietary patterns and specific dietary factors may influence the risk for depression. However, largely as a result of the recency of the nutritional psychiatry field, there are currently no dietary recommendations for depression.

The aim of this paper is to provide a set of practical dietary recommendations for the prevention of depression, based on the best available current evidence, in order to inform public health and clinical recommendations.

Although there are a number of gaps in the scientific literature to date, existing evidence suggests that a combination of healthful dietary practices may reduce the risk of developing depression. It is imperative to remain mindful of any protective effects that are likely to come from the cumulative and synergic effect of nutrients that comprise the whole-diet, rather than from the effects of individual nutrients or single foods. As the body of evidence grows from controlled intervention studies on dietary patterns and depression, these recommendations should be modified accordingly.

As all NTs and functional medicine trained practitioners will recognise, these core recommendations make good clinical sense, but in themselves will not transform someone’s mental health alone. Further manipulation of the microbiome, may be another intervention, as well as suitable personal skill developments.

Previous Post
Food as Pharma? The Case of Glucosinolates.
Next Post
Glycerophsopholipids may incorporate to biological membranes of mature human spermatozoa, enhancing & increasing their resistance to oxidative stress