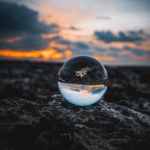 Comment: It’s common knowledge that a protective navy of bacteria normally floats in our intestinal tracts. Antibiotics at least temporarily disturb the normal balance. But it’s unclear which antibiotics are the most disruptive, and if the full array of “good bacteria” return promptly or remain altered for some time. In studies in mice, University of Michigan scientists have shown for the first time that two different types of antibiotics can cause moderate to wide-ranging changes in the ranks of these helpful guardians in the gut. In the case of one of the antibiotics, the armada of “good bacteria” did not recover its former diversity even many weeks after a course of antibiotics was over.

The study results suggest that unless medical research discovers how to protect or revitalize the gut microbial community, “we may be doing long-term damage to our close friends,”

Mice, which normally develop a diverse set of microbes after being born without one, then were given either cefoperazone, a broad-spectrum cephalosporin antibiotic, or a combination of three antibiotics (amoxicillin, bismuth and metronidazole). The scientists then observed what changes in the gut microbiota occurred immediately after the antibiotics were stopped or six weeks following the end of treatment.

“Both antibiotic treatments caused significant changes in the gut microbial community. However, in the mice given cefoperazone, there was no recovery of normal diversity. In other mice given the amoxicillin-containing combination, the microbiota largely recovered, but not completely,” says Young.

However, Young’s team found that a little socializing sparked recovery in even the most severely affected mice. Some of the mice given cefoperazone soon recovered normal microbes after an untreated mouse was placed in the same cage. That wasn’t a complete surprise, since mice have a habit of eating the faeces of their cage mates and therefore picked up normal gut microbes quickly.

Not a lesson applicable to humans? In patients with refractory antibiotic-associated diarrhoea due to C. difficile, there have been limited trials of treatments using “faecal transplants” to replace lost gut microbiota. Although this is a pretty unpalatable treatment at first glance, the clinical response was quite remarkable, Young says.

Previous Post
Cancer Statistics, 2009. Breast Cancer rates down due to reduced risk of HRT?
Next Post
Microbes: What They Do & How Antibiotics Change Them