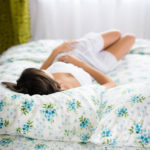 Cancer Statistics, 2009. Breast Cancer rates down due to reduced risk of HRT?

Each year, the American Cancer Society estimates the number of new cancer cases and deaths expected in the United States in the current year and compiles the most recent data on cancer incidence, mortality, and survival based on incidence data from the National Cancer Institute, Centers for Disease Control and Prevention, and the North American Association of Central Cancer Registries and mortality data from the National Centre for Health Statistics. Incidence and death rates are standardized by age to the 2000 United States standard million population.

“It’s great news that a large chunk of the decreased death rates in women can be attributed to breast cancer,” said Dr. Marisa Weiss.

This is largely due to a decreased use of hormone replacement therapy (HRT), which has been shown to increase a woman’s risk of developing breast cancer. HRT fell from grace after a large government-funded study known as the Women’s Health Initiative was stopped early because the risks of HRT, including an increased risk of breast cancer, greatly outnumbered the benefits of the therapy.

A total of 1,479,350 new cancer cases and 562,340 deaths from cancer are projected to occur in the United States in 2009. Overall cancer incidence rates decreased in the most recent time period in both men (1.8% per year from 2001 to 2005) and women (0.6% per year from 1998 to 2005), largely because of decreases in the three major cancer sites in men (lung, prostate, and colon and rectum [colorectal]) and in two major cancer sites in women (breast and colorectum). Overall cancer death rates decreased in men by 19.2% between 1990 and 2005, with decreases in lung (37%), prostate (24%), and colorectal (17%) cancer rates accounting for nearly 80% of the total decrease. Among women, overall cancer death rates between 1991 and 2005 decreased by 11.4%, with decreases in breast (37%) and colorectal (24%) cancer rates accounting for 60% of the total decrease. The reduction in the overall cancer death rates has resulted in the avoidance of about 650,000 deaths from cancer over the 15-year period. This report also examines cancer incidence, mortality, and survival by site, sex, race/ethnicity, education, geographic area, and calendar year. Although progress has been made in reducing incidence and mortality rates and improving survival, cancer still accounts for more deaths than heart disease in persons younger than 85 years of age. Further progress can be accelerated by applying existing cancer control knowledge across all segments of the population and by supporting new discoveries in cancer prevention, early detection, and treatment. CA Cancer J Clin 2009. (c) 2009 American Cancer Society, Inc.

Previous Post
Does Diet Have a Role in the Aetiology of Rheumatoid Arthritis?
Next Post
Antibiotics Take Toll on Beneficial Microbes in Gut