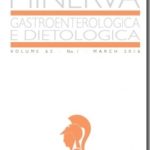 According to current definitions, probiotics should survive both gastric acid and bile to reach the small intestine and colon, where they exert their effects. Many of these are available in a lyophilized (freeze-dried) pill form, though some are available in yogurt or as packets (sachets), which can be mixed into non-carbonated drinks.

The present review focuses on three main issues: 1) understanding why, at present, probiotics are so interesting for doctors and consumers; 2) reviewing the available data on probiotic use in digestive diseases, in particular irritable bowel syndrome (IBS), (prevention of) infectious diarrhoea, inflammatory bowel disease (IBD), non-alcoholic fatty liver disease (NAFLD), and colorectal cancer (CRC); 3) highlighting the individual profile of Lactobacillus GG (LGG) in the above contexts, providing an assessment as well as recommendations on its use in gastro-intestinal tract (GIT) disorders.

Research studies conducted in animals and humans with the main probiotics strains for GIT diseases, and published from the early 1990s to 2014 have been considered. PubMed, Medline and Ovid were the main sources adopted for data retrieving.

The increasing attention on probiotics is a direct consequence of the improvement in the techniques for studying microbiota. Until recently, its composition has been analysed by culture-based methods that use differential media to select for specific populations of bacteria according to their metabolic requirements. Lactobacillus and Bifidobacterium species are by and large the most commonly used probiotics.

Strictly speaking, however, the term “probiotic” should be reserved for live microbes that have been shown in controlled human studies to provide a health benefit. Taking into account patients suffering from the most common gastrointestinal diseases, in whose establishment the GI microbiota plays a key role, probiotics have to be considered as very promising agents, capable of beneficially modulating the intestinal ecosystem, which is perturbed in cases of dysbiosis.

Although more clinical data are still needed to better assess the clinical relevance of probiotics, to date, procariota such as Bifidobacteria and Lactobacilli strains, and eucariota such as some Saccharomyces strains are among the most widely used agents in GIT disorders.

LGG is a well-known probiotic strain that was isolated more than 20 years ago by Goldin and Gorbach from a faecal sample of a healthy adult, based on several selection criteria: high adhesion in vitro, high resistance against gastric acidity and high antimicrobial activity against pathogens such as Salmonella. In vivo studies have also shown a good persistence of LGG in the human GIT. Since its isolation, LGG has become one of the best clinically documented probiotic strains. A growing body of evidence suggests benefits such as prevention and relief of various types of diarrhoea, and treatment of relapsing Clostridium difficile colitis. Thus, with respect to both adaptations to the GIT and probiotic effects, LGG can be regarded as a prototypical probiotic strain.