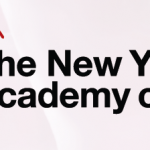 Increased gut permeability as discussed in other posts has been linked with symptoms far from the gut and include depression, arthritis, diabetes and other conditions in which a pro inflammatory milieu is being maintained. Some immunologists now refer to this low grade inflammation as Para-Inflammation. Locally, the barrier defect can contribute to diahorrhea and chronic inflammatory bowel diseases.

This abstract,[1] presented at the New York Academy of Sciences in June 2010 proposed that barrier integrity may be managed by probiotics due to a mechanism that interferes with the pro-inflammatory cytokine cascade.

Whilst this is a trial conducted in a lab and not in a human or animal model, the mechanisms of significant inflammation control add to the collected volume of data on this species of probiotic and stimulate thought for further designs of novel strategies using the mucosal barrier for the management of conditions in which increased gut permeability is a complicating or initiating factor.

I have written about the novel roles of LGG in the context of managing mucosal barrier immune function and maintaining immune tolerance. Whilst there are many strains being developed and trialled, no other probiotic has been studied so extensively, and demonstrated distict biological effects in lab and human studies.

Previous Post
Is There A Rural/Urban Gradient In The Prevalence Of Eczema? A Systematic Review And What Can Be Done About It?
Next Post
Vitamin E Gains New Credibility