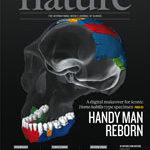 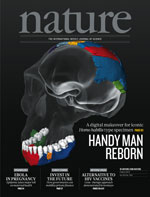 A study in Nature suggests that common food additives could be contributing to the development of chronic inflammatory diseases. Chassaing et al.[1] report that dietary emulsifiers induce low-grade inflammation in mice by disrupting the composition of their intestinal microbiota, thereby predisposing these animals to the development of metabolic syndrome and colitis. This builds on an earlier paper they published in the Journal of Toxicologic Pathology.[2]

To explore the effects of emulsifying agents on the intestinal mucosa, the authors administered carboxymethylcellulose (CMC) or polysorbate 80 (P80), which are emulsifiers commonly used in human foods, to mice in their drinking water. Compared with control mice, animals that received the emulsifiers showed reduced mucus thickness and increased gut permeability.

Moreover, intestinal bacteria in these animals penetrated deeper into the mucus and were in closer association with the intestinal epithelium. Experiments using 16S sequencing indicated that CMC and P80 also altered the composition of the microbiota, and mice exposed to the emulsifiers had increased levels of bioactive lipopolysaccharide and flagellin in their faeces. Therefore, dietary emulsifiers seem to disrupt the protective mucus layer in the mouse intestine and induce the acquisition of a more pro-inflammatory microbiota.

Of note, the doses of CMC and P80 that were used in these studies were lower than those that are approved for use in human foods. The authors caution that current protocols for assessing food safety may be inadequate, in that they often only test for acute toxicity or cancer. They further suggest that dietary emulsifiers may have contributed to the increased incidence of inflammatory bowel disease and metabolic syndrome that has been seen in recent years.