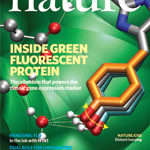 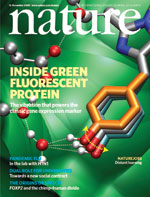 Question 1 – How does it kill?

H1N1 is a unique virus and unlike seasonal flu which damages the upper airway cells, H1N1 Novel Influenza damages the terminal air sacs called alveoli. These are found in the lower part of lungs.

Secondly a co-infection with bacteria such as S.aureus or Streptococcus pneumoniae has presented in about one third of recorded deaths to date. The others appear at this stage to have succumbed to the virus alone. There does however, tend to be other underlying health problems such as diabetes, overweight, cardiovascular problems etc. The damage to the lung tissues involves the rupture of the alveoli allowing blood to fill the spaces usually reserved for gas exchanges.

Question 2: How does it spread?

Lab studies using guinea pigs have shown that it transmits as easily as seasonal flu, although previous exposure to subtypes of seasonal flu limits the ability of H1N1 to infect, suggesting some cross immune protection against H1N1. Transmission is as usual by airborne droplets and surface contamination.

Question 3: What could it turn into?

Could H1N1 re assort its genes with its deadlier cousin H5N1 do produce a virus with the worst properties of both. The ability to predict which reassortments might take place, and what type of flu viruses might result, could be key to predicting the behaviour of this and future pandemics.

The eight genes in the influenza virus’s segmented genome are easily swapped between strains. But to be viable, new gene combinations must also be able to work together to package themselves into a virus particle. Viruses within a subtype tend to reassort with one another more easily and generate more viable reassortants than do those from different subtypes.

As seasonal H1N1 is already resistant to Tamiflu, it is likely that a reassortment between these two types will confer resistance to the Novel strain as well. Using medication increases the risk of resistance.

Maintaining a healthy innate immune defence is a positive approach to prevention as well as simple procedures such as avoiding contact with infected people. The use of vaccination is proving less compelling today than it was seen to be a few months ago and many are skeptical of its need and possible risks. Natural methods of mucosal defence represent a good benefit to risk strategy, especially for the at risk groups.