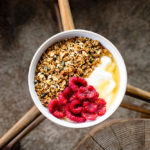 The high-fat, low-fibre diets consumed in the western world are failing to support a diverse and healthy #gut #microbiome. Dietary #fibre is known to help prevent #cardiovascular disease, type 2 #diabetes and #obesity through its effects on the #microbiota. However, the gut microbiome is incredibly complex with dietary responses modulated by multiple hereditary and non-hereditary factors, and so harnessing a diet with the desired effect is not an easy task.  Scientists from the Centre for Gut Microbiome and Nutrition Research at Washington University School of Medicine in St. Louis, Missouri, have had work recently published in Nature that sought to investigate the dynamic relationship between the modern diet and the guts microorganisms.

The team first used germ-free mice and colonised the gut of each of nine mouse groups with the microbiome of one of nine obese women and fed them a low-fibre, high-fat diet interspersed with periodic fibre supplementation. The researchers had previously worked on identifying fibres that promoted the growth of certain intestinal bacteria and then chose three of these to feed sequentially to the mice. They found that the consumption of cellulose-containing pea and orange fibre led to the fibre-responsive genes becoming highly abundant through the expansion of various bacterial taxa. The authors then moved on to examining the findings relevance to human biology.

The researchers analysed data from subjects who took part in two studies who were either overweight or obese and were given standard western style diets. These diets were supplemented with one of three fibre snacks. The snack prototypes contained only fibre recovered from peas, fibre containing a combination of peas and inulin, or the third snack of pea fibre and inulin as well as fibres from the pulp of oranges and barley bran. The participants gut microbiomes were analysed throughout the various stages and the team found that many of the components of the microbiome responded to the different snack fibres in a similar way to the mice. When compared with the single-fibre or two fibre-snacks, the snack with the combination of four different fibres had the broadest effect on microbiome genes encoding the metabolic machinery needed to extract nutrients from the fibres. Further work is needed to ascertain if long-term alterations in body weight and improved cardiometabolic health can be achieved but it is hoped that with a better understanding of the impact of fibres on the microbiome snacks could be developed to contribute to a healthier diet.

Previous Post
Lest We Forget – Iron Deficiency is Common and a Health Risk!
Next Post
Mastiha has Efficacy in Immune-Mediated Inflammatory Diseases through a microRNA-155 Th17 Dependent Action