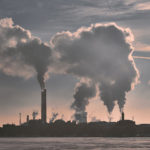 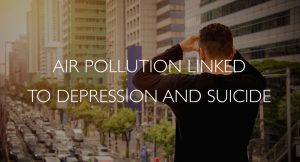 The negative effects of polluted air on our physical health is well documented and emerging evidence is now highlighting the damage it can also cause to our #mental health. University College London have conducted the first systematic review and meta-analysis of evidence connecting air #pollution to a range of mental health problems. The team of researchers reviewed data from 16 countries, looking in detail at 25 studies published up to late 2017, the results have been published in Environmental Health Perspectives.

The World Health Organisation (#WHO) have concluded that ambient air pollution causes approximately 3 million premature deaths globally per year, at the same time mental illness is a fast growing cause of morbidity across the globe, both issues show marked urban-rural differences and greatly affect deprived groups. This new review focuses on one individual pollutant, #particulate matter (#PM), which is responsible for the greatest proportion of physical health impacts. PM exposure has been shown in the studies analysed to be associated with markers of #neuroinflammation, which has an important role in the pathophysiology of #depression and #psychosis. The team also found evidence to show that PM could adversely affect #cognitive development, #dementia risk, as well as #stress levels.

The overview of the studies showed that a person living in an area with twice the WHO’s recommended limit for fine particulate matter, for at least 6 months, would have an approximate 10 per cent increased risk of developing depression as a person living in an area that met the limit. Many cities around the globe far exceed these limits. In terms of #suicide risk, the data focuses on particles ranging up to 10 micrometres (#PM10).  The research showed that with each increase of 10 micrograms per cubic metre of air of PM10 a person was exposed to during a three-day period, there was a 2 per cent increased risk of suicide.

The mechanisms for how pollution can affect our brains is still not certain but there is a growing body of evidence suggesting that tiny particulate matter can enter our blood and reach the brain.  In their article linked below Dr Carrie Decker ND and Michael Ash DO, ND, RNT explore the role of natural agents we can use to assist the body’s healing capacity from damage linked to particulates. Other impacts of city living can obviously affect our mental health, including lack of green spaces as well as noise and light pollution, and it is difficult to disentangle these factors from the consequences of air pollution, what has been made clear is that the case for cleaning up the air we breathe is now more urgent than ever.