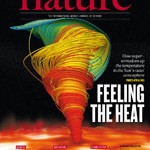 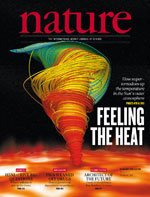 We often forget what marvelous machines our bodies are. Each of our organs is constructed from diverse cell types arranged in a complex, stereotyped pattern, allowing them to carry out their assigned tasks — propelling blood, composing a paragraph, or absorbing nutrients. Perhaps more remarkably, these organs operate continuously for decades, requiring constant remodeling to replace cells lost to attrition.

The intestine is of course our main interface with the outside world, serving to protect the body, programme the immune system and absorb and eliminate nutrients. During development this organ must produce an array of cell types with different roles and must position each cell properly — a task that is complicated by the challenging environment inside the intestine. As a result, these cells survive only three to five days, so throughout life the intestine must constantly recreate its complex architecture, with new cells taking the place of their deceased predecessors. This is a difficult and hazard filled process.

Deep in the base of the delicate epithelial folds that make up part of our 10 metre gastrointestinal tract lie specialised progenitor cells called Paneth cells. They form part of the niche compartments of the small intestine where they fuel the activity of the stem cells that replace the rapidly shedding epithelial lining.

Like most of the cells in the gut they are rich with sensors, some of which are designed to respond to nutrient density and availability and they use this caloric based data to augment stem-cell function. Caloric restriction or modest food consumption appears to be a primary driver of these cells, suggesting that overall food intake compression may have a local impact on cell function in the gut as well as mediating energy utilisation elsewhere.

Some Background on Paneth Cells

The Paneth cell enjoys some notoriety as many biologists consider it to be the most beautiful of all cells, rich with characteristic granules and prone to colourful staining. They were discovered in 1872 by Schwalbe [1]and later elucidated by Paneth in 1888.

They have been assigned numerous tasks in the gastrointestinal tract including the production of bactericidal products such as lysozyme and cryptdins/defensins[2] acting as specialised epithelia that protect intestinal stem cells from pathogens, and stimulating stem cell differentiation, shaping the intestinal microbiota, and assisting in repairing the gut, as well as contributing to the innate and adaptive immune responses.[3]

Recent studies in humans provide evidence that reduced Paneth cell defensin expression may be a key pathogenic factor in ileal Crohn’s disease, a subgroup of inflammatory bowel disease (IBD), and changes in the colonising microbiota may mediate this pathogenic mechanism. It is also possible that low levels of Paneth cell defensins, characteristic of normal intestinal development, may predispose premature neonates to necrotising enterocolitis (NEC) through similar close links with the composition of the intestinal microbiota.[4]

The indication of these and many other discoveries are that the Paneth cell is responsible for many varied and essential processes in the gastrointestinal tract and their quality and viability is as with most of the human cell structure, dependent on nutrients from the diet, and influenced by volume.

The small-intestinal epithelium is the self-renewal champion of the mammalian body, with a life cycle of less than a week, leaving skin and bone marrow spinning in their matrix. Generated from stem cells near crypt bottoms, epithelial daughter cells proliferate intensely for 2 days, after which they exit the crypts and differentiate. They then move onto the flanks of the villi to digest and absorb nutrients and finally die at the villus tips on day 5. The Paneth cell has a greater life expectancy, residing as it does in the crypts for approximately 2 months. Here their small granules act as secretor molecules providing defensive protection of the crypt tissues, in particular the stem cells.[5]

A paper published in the Journal Nature revealed that these cells respond to nutrient rich but calorically compressed food by reshaping the intestine, generating more vigorous production of replacement cells, in effect restoring youthfulness to the gastrointestinal tract.[6] They do this by augmenting the intestinal stem cell pool. So why do they do this – suggestions include the preservation of an extended stem-cell pool prepares the intestine for rapid regeneration once caloric intake increases – permitting a suitable and useful adaptive response to periods of famine and availability.

Periodic bouts of fasting or diminished food intake have already demonstrated a nuber of possible benefits in maintaining the human physiology and many traditional medical practices favour fasting. It may well be that this adaptive adjustment has in part contributed to improved sense of well-being associated with these therapeutic interventions. Preserving and enhancing stem-cell function in multiple tissues is one of the ways in which calorie restriction may slow the ravages of ageing.

Previous Post
Mechanisms of Membrane Repair and the Novel Role of Oral Phospholipids (Lipid Replacement Therapy®) and Antioxidants to Improve Membrane Function.
Next Post
Autoimmunity and the Worm