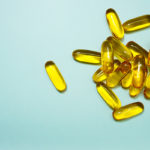 In the third week of April 2021, various news media announced that the UK government would be pressing for the development of an ‘anti-viral pill’, which could offer easier and faster support for people infected with a variant or the original wild type Sars-Cov-2 virus.

In the same week, a paper published in the BMJ Nutrition Prevention and Health Journal described that various nutrients  when consumed in pill form offered protection from Sars-Cov-2 and, because of the numbers of people in the study, it may be reasonably determined its variants also.

As has been explored, discussed, and mused upon in prior writings, nutrients, fatty acids and bacteria taken orally confer an improvement in overall immune capability. This first large-scale (445,850 participants) analysis indicates that if female and taking supplements regularly – you gained enhanced protection (6-12% per supplement). Cheap, safe, and with no adverse side effects, what is the downside? Add in enhanced lifestyle changes and voila, you have an individual and societal opportunity to improve resistance to respiratory disease, today and in the future…if only.

Meanwhile colleagues in the USA also published a very interesting paper in the Journal Aging utilising a randomised clinical trial with 43 healthy men aged between 50-72 where over 8 weeks they enhanced their diet, sleep, exercise, and relaxation activities, whilst consuming probiotics and phytonutrients.

In this short time frame, the trial participants demonstrated an impressive reduction in their metabolic age scores by 3.23 years – and it is proposed that if translated across the population, would result in a significant reduction in age related health care costs. The trial plan is available online, and maybe those males, who did not appear to benefit from the supplement data collated in the first paper, would like to engage?

Finally, in a week of lifestyle focussed outcomes, colleagues from the US published a paper in the British Medical Journal Open, demonstrating the clinical benefits of group delivered health care for metabolic and chronic health care management. The takeaway is that shared medical appointments delivering functional medicine-based care improve outcomes more than care delivered in individual appointments and is less costly to deliver.

The ‘pill’ you see already exists, to use it effectively requires a coordinated effort from all involved, and is perhaps less sexy than the idea of an oral or nasal vaccination opportunity, which let’s face it, is likely to be part of any long term global approach to infectious disease, but these approaches represent a plausible alternative. However, where lifestyle is likely to feature strongly in the future is in a combined strategic approach, and it is our responsibility, to encourage people, both recipients and practitioners to change their behaviours accordingly.

Persuading someone to disengage from behaviours, even ones that are intrinsically damaging is a real skill and rarely easy. Over the last 14 months or so, we have been exposed to a mix of mis/dis information, ineptitude, cronyism and political maladministration, that has both compounded and changed behaviours, and this is likely to continue for a while yet!

Inevitably this external dynamic creates gaps in people’s knowledge and substantive explanation, with anxiety and fear becoming common parties. In some this has accelerated the development of something known as conspirituality particularly in the arena of health focussed practitioners.

First described in 2001 in the Journal of Contemporary Religion, conspirituality has found a home in some alternative circles and in alt-right spaces where the narrative throws off or ignores mainstream narratives. This is a crucial aspect of belief gamification, in which participants can empower themselves as detectives, and then play a part in what they believe is a crucial role in shaping public knowledge.

Participants may use the phrase ‘do your own research’ which is then weaponised to ‘validate’ their views, yet the majority verbalise this whilst never proposing a framework for what researching might mean, (i.e., how to resist confirmation bias).

In the absence of a critical framework, do your research often means letting the YouTube algorithm suggest more and more radicalising material.  This results in a subculture, in which critical analysis (if there ever was any) is lost in the urge to seek the truth, as long as the truth corresponds to the inner narrative.

Many of these strategies can be seen in the population where individuals exhibit great or excessive devotion or dedication to some person, idea or thing including foods and lifestyle behaviours. Often this, at least at first, is done in good faith and is aligned with apparently open and accessible sources. Yet it is important to consider that cultic organisations usually have public-facing fronts. This is crucial to the process of deception. Their power lies in the promotion of ideas that are simple and seem to make sense – the exact opposite of the ambiguity, contradiction and uncertainty of day-to-day life.

Now, that is not to say that cults or cultic behaviour is dominating the narrative on infectious diseases (albeit there are numerous of them), but patterns do appear, and may reflect that someone has become overly engaged. Helping them to disengage can be hard, and this sentence perhaps summarises why:

‘No one joins an abusive relationship. People delay leaving relationships that presented themselves as loving and safe.’

Cultic dynamics exploit the most tender parts of human relationships. They exploit the best parts of you as a human: your altruism, yearning, hope.

Food production and the use of mind-altering substances also play a part in the challenge to change nutritional behaviours, food is an incredibly powerful drug (A taste of sugar hits the brain 20 times faster than a lungful of tobacco smoke). Food manufacturers have learnt how to exploit addictive tendencies, baked into our biology and untangling these can be as challenging as disrupting cultic attraction.

Whilst reflecting on the underlying dynamics of cultic resistance to change/recommendations regarding infectious disease management strategies, consider that many people have the same relationship with their food, family, and lifestyle.

Few people voluntarily enter a relationship with their lifestyle and nutrition choices to adopt an abusive self-demeaning plan (although some do, they are a minority). Rather they adopt patterns taught to them by their lived experience, that are initially seen as loving and safe approaches to validate their worth but which also trigger mind altering effects. Which as summarised, makes it hard to leave that position even when the dynamic is self or mutually destructive.

Our task is to facilitate change of behaviour by presenting a journey, safe and secure, so that a new ‘tribe’ of supportive people can be found to support the transition to permanence and leave the ‘cultic’ behaviours behind.

The concept encouraged by current commentators, that an anti-viral pill is the answer to future infectious disease risk, is valid in it is a limited framework, but is not a holistic sustainable solution. Lifestyle and functional medicine can create the necessary framework of implementable actions to create a solution to acute and chronic illness, if behavioural change is achieved and our relationship with food is separated from the commercial exploitation of our historical biological additive behaviours.

All change depends on personal realisation plus social support and everyone’s transition is relational. Our ‘anti-viral pill’ is already created, written about and understood, it’s here already and is working, we simply need to make more people aware of its power.