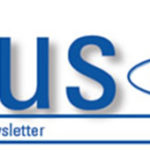 Our cell membranes are both lipid soluble and lipid loving. Their bilayered lipid membranes form a highly active skin that is constantly interacting with the internal and external environment, ferrying in nutrients and releasing waste. Liposomes, in turn, are microscopic phospholipid bubbles with a bilayered membrane structure that is similar to our cells. They are already widely used in the pharmaceutical industry to improve efficacy and safety of anticancer drugs, antifungal drugs, and anaesthetics. In fact, Mother Nature loves them, too. A 2000 study found that liposomes are naturally present in breast milk. [1]

Liposomes have been recognized as potential drug delivery vehicles since they were first described in the 1960s. Liposomes are biocompatible. They can hold water-soluble molecules in an internal water compartment, while lipid or insoluble molecules can be incorporated into their phospholipid membrane. The size, charge and surface properties of liposomes can be manipulated, which is useful. Their phospholipid bilayer prevents the encapsulated molecule from being broken down in the body prior to reaching relevant tissue.

When therapeutic agents are delivered in a liposomal package, they are easily absorbed into the cell through its lipid membrane. However, all liposomes are not alike. Smaller liposomes are far likelier to persist and deliver the needed molecule before being scavenged by the body’s immune defences. Liposomes with protective coatings further enhance these benefits. Research on liposome technology has progressed from conventional vesicles, called “first-generation liposomes”, to “second-generation liposomes”, in which long-circulating liposomes are obtained by modulating the lipid composition, size, and/or charge of the vesicle.[2]

Protecting the Liposome from the Body’s Defences

Although liposomes are ideal carriers for therapeutic molecules, they can still be quickly eliminated from the blood by cells of the mononuclear phagocytic system. These cells include monocytes and macrophages, and they are found in lymph nodes, the spleen and the liver.  The mononuclear phagocyte system has an important role in defence against microorganisms, including mycobacteria, fungi, bacteria, protozoa, and viruses. It also happens to scavenge liposomes, which can be perceived as foreign invaders. Interestingly, when treating infections that are actually in the phagocytes, such as leishmaniasis, this is ideal. But generally, it means the agent cannot reach its target in therapeutic levels.

Why Small is Beautiful

Liposome size is an important predictor of how well cells will take up the molecule, and how quickly the molecule will be cleared from the body. Small lipid particles have the fastest uptake and are less easily scavenged and cleared by our immune system. This suggests that phagocytes can distinguish between the sizes of foreign particles, and are more tolerant of smaller ones.2

Liposomes can be grouped according to size and number of bilayers (also known as lamellae).

1.  MLV (Multi-Lamellar Vesicles) are generally 500-5000 nm (nanometers) and have more than one bilayer.  They are suitable for hydrophobic compounds such as lipid molecules, due to the high lipid content of each vesicle.

2.  LUV (Large Unilamellar Vesicles) are ~200-800 nm with a single bilayer. They tend to be more easily scavenged than small unilamellar vesicles by the immune system because of their size.

3.  SUV (Small Unilamellar Vesicles) are generally ~100 nm but range from 20-150 nm and have a long circulation half-life and better cellular accumulation than larger particles.

Unilamellar vesicles contain a large aqueous (watery) core and are used to encapsulate water-soluble drugs and molecules. For instance, SUV’s can trap a large volume of the aqueous molecule relative to the membrane volume of the liposome. Multilamellar vesicles comprise several concentric lipid bilayers in an onion-skin arrangement and their high lipid content allows them to efficiently entrap lipid-soluble molecules.

In a recent study with various liposomes, cellular uptake increased nine times as liposome size decreased from 236 nm to 97 nm, and was 34 times higher at the smallest size of 64 nm.[3] In another study, there was a threefold increase in cellular uptake as particle size of liposomes decreased from 405 nm to 250 nm, and another 10% increase in uptake at the smallest size tested, 123 nm.[4] In addition, clearance and scavenging of liposomes by the body is much slower with smaller liposomes. The smallest, unilamellar (one layer) liposomes circulate in the blood the longest.

Small liposomes are created with what is known as high-shear equipment. The result is tightly controlled, tiny SUV’s sized between 50 and 150 nm. These are actually the size of nanoparticles.

A recent review article on liposomal delivery of antioxidant nutrients shows that liposomes are an effective method to deliver antioxidants efficiently into each cell.[5] The author, Zacharias E. Suntres of the Northern Ontario School of Medicine, reviewed the current literature, which is surprisingly diverse and impressive. On their own, potent antioxidants may be unable to effectively cross cell membranes, or they may be rapidly cleared from the cell. Numerous flavonoids that show potent antioxidant activity in vitro, reach only very low concentrations in human plasma after oral consumption.

In contrast, liposomal antioxidants are well-absorbed and long-lasting. Often phospholipids are used because they form bilayers similar to those found in cell and mitochondrial membranes. Testing by pharmaceutical companies has found liposomes to be well tolerated and safe, both when ingested, and when aerosolized and inhaled.

According to Suntres, the following antioxidants have been tested and shown to be effective in liposomal form:

•    Superoxide dismutase.  Intravenously administered SOD only has a biological half-life of a few minutes, and enteral administration is ineffective due to biodegradation of the enzyme. However, a form of liposomal SOD is absorbed systemically when administered into the lungs via aerosol; it also has been shown to combat inflammation in experimentally induced periodontitis in animals when the periodontal pocket is washed with the liposomal SOD, and has reduced burn wound size and oedema.

•    Glutathione. It is well known that reduced glutathione (GSH) is the most potent intracellular antioxidant. When mice with atherosclerosis consumed liposomal GSH for two months, they had significantly attenuated atherosclerotic lesions.  Liposomal GHS also protected animals against lung injury, and provided significant protection to neurons in a model of Parkinson’s disease in animals.

•    N-Acetylcysteine (NAC). When given in liposomal form, it protects animals against lung shock injury, as well as acetaminophen-induced hepatic injury. The review authors write, “Irrespective of the route of administration, liposomal NAC was far superior to conventional NAC.” This includes intravenous administration.

•    Tocopherols. Alpha tocopherol in particular has been used when preparing liposomal drugs, because it is antioxidant and stabilizing. The authors studied liposomal alpha tocopherol and report, “The intratracheal [liposomal] instillation of alpha-tocopherol liposomes achieved a substantially higher antioxidant level in the lung…[compared to non-liposomal]…oral or parenteral administration.”  In addition, they report other research where alpha-tocopherol loaded liposomes protected against global cerebral ischemia in rats, as well as tissue injuries in general.

•    CoEnzyme Q10. Intravenous administration of liposomal CoQ10 raised blood and heart levels significantly, and improved the function of heart tissue and reduced oxidative injury after ischemia. Current research is looking at liposomal CoQ10 as an ophthalmic drug, since it can limit oxidative damage to the lens—a common cause of cataracts. It is also being studied for the skin, since it has been shown to decrease wrinkle depth.

•    Curcumin. Curcumin is currently being studied in inflammatory disorders, cardiovascular disease, cancer and neurological disorders. Oral administration of liposomal curcumin increased its bioavailability and antioxidant activity in the blood, and when tested in vitro against pancreatic cancer cells, liposomal curcumin inhibited their growth.

•    Resveratrol, quercetin, astaxanthin (a red-orange carotenoid pigment), and other potent flavonoids are being tested in liposomal form, with promising early results. Liposomal delivery of curcumin and resveratrol together reduced cancer in mice, and the blend was superior to either agent alone.

As the authors conclude: “Many antioxidants do not easily penetrate the plasma membrane of cells and some have poor stability and short half-life in plasma when administered through conventional delivery modes. Liposomes are highly efficient in terms of facilitating antioxidant delivery and achieving prophylactic and therapeutic efficacies against oxidative stress-induced damage. Liposomes can be prepared from natural phospholipids that are biocompatible, biodegradable, and nonimmunogenic and do not cause toxic or antigenic effects.”

Depending on the dosages used, there can be a wide difference in how vitamin C is understood therapeutically. Many doctors know of studies that used low doses which did not get clinical results, and their own experience at such doses would confirm that. Yet, there are decades of physicians’ reports and controlled studies that support the use of large doses of vitamin C, sometimes 1,000 times greater (or more) than the US Daily Reference Intake (DRI).

The monograph on vitamin C from Natural Standard, a respected curator of research, indicates that vitamin C is used to form collagen in bones, cartilage, muscle, and blood vessels, that it aids in the absorption of iron, and that a frank deficiency causes scurvy. But for all other proposed uses – including reports on asthma, cancer, diabetes, and prevention of cataracts, heart disease, and the common cold – they judge that vitamin C as a therapeutic is either inconclusive, controversial, or simply not effective.[6] Little or no attention is given to the critical matter of dosage.

On the other hand are the many researchers who do utilize high doses. One of the best informed modern-day advocates of vitamin C is Andrew Saul, the editor of the Orthomolecular Journal and author of many books on nutrition. In his writings, he emphasizes the key point that from the early days of vitamin C use after its discovery, high doses were advocated, and that the benefits of very high doses are qualitatively different than the effects of low or even moderate doses. “The use of doses of tens of thousands of milligrams of vitamin C per day may be the most unacknowledged successful research in medicine.”[7]

For vitamin C to be most effective, enough vitamin C must be taken to saturate the tissues. When taken orally, only a limited amount of vitamin C can be absorbed at one time; more causes loose stools. This threshold varies from individual to individual, and from time to time (for instance, during acute infection the body may use and tolerate higher doses). According to vitamin C researchers Steve Hickey and Hilary Roberts, “Stressed and even mildly ill people can tolerate 1,000 times more vitamin C…”.[8] Oral high dose vitamin C requires many divided doses throughout the day, and dose adjustment based on observation of bowel tolerance.

Liposomal preparations of Vitamin C allow for easier compliance, both for daily maintenance doses once or twice per day, or for high doses, without the trouble of monitoring bowel tolerance. Liposomal technology utilizing SUV’s, the small unilamellar vesicles that are easily absorbed and well retained, are superbly suited to an aqueous antioxidant like Vitamin C. The advancements in liposomal technology truly bring this astoundingly potent, gentle, broad spectrum nutrient into the 21st century.