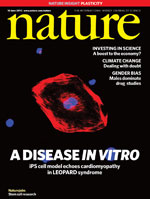 Nutrition, infection, experiences, the environment and genes interact to provide alterations to the phenotype. This concept is referred to as plasticity, the ability of organisms or cells to alter their phenotype in response to changes in the environment.[1]

This interaction is able to be measured at the level of the actual genome by analysing epigenetic modifications, at the individual cell and organism level by observing the effects during development of the embryo or by changes in the behaviour of adults for example.

Traditional science taught us that cells were hard wired for a lifetime and that our future was encoded in our DNA, providing a neat ‘get out of responsibility’ clause for those patients wishing to explain their lack of willingness to engage in lifestyle changes as being a pointless attempt to mitigate those genetic codes handed down from their parents.

Modern science demonstrates that cells are remarkably plastic in their ability to adapt, and epigenetics explains how these modifications impact on our future decisions concerning interventions that influence cell and gene expression.

In biology, and specifically genetics, epigenetics is the study of inherited  changes in phenotype (appearance) or gene expression caused by mechanisms other than changes in the underlying DNA  sequence, hence the name epi- (Greek: επί- over, above) -genetics. These changes may remain through cell divisions for the remainder of the cell’s life and may also last for multiple generations. However, there is no change in the underlying DNA sequence of the organism;[2] instead, non-genetic factors cause the organism’s genes to behave (or “express themselves”) differently.

In the Nature Vs Nurture debate a sort of scientific standoff has evolved in which both protagonists conclude that each factor has an important role in determining phenotype, and that these change over time. The partial heritability of health and disease related phenotypes have been washed with the epidemiological tsunami of research looking for environmental factors that would contribute to this.

This is fraught with problems, not least of which is the inability to estimate objectively the duration, intensity and frequency of the large variety of multidirectional environmental influences. The result is a collection of data that cannot present many compelling causal relationships and must seek allied support from other studies. For, if we are to assign a role for heritability, it becomes very hard to see how a stable DNA sequence can account for such malleable outcomes that are so context sensitive.

Whilst it was understood that genes were in effect ‘handed down’ in levels of consistency related to closeness of relatives, it has recently been discovered that the difference in DNA between unrelated individuals is < 1%, meaning that two strangers and two first degree relatives have on average >99% and >99.5% DNA sequence similarity – it seems we are not as unique as we thought we were.[3],[4]

Epigenetics it is proposed is the unifying theory that sits at the interface between environmental stimuli and the long lasting molecular, cellular and behavioural phenotypes. Epigenetic stability or instability and their relevant impact on the regulation of our genome, may be able to replace the heuristic genes vs. environment models. This means that inherited or acquired epigenetic interactions may account for the complex range of non Mendelian traits and diseases.

In aetiological studies of complex diseases and traits, taking an epigenetic perspective allows “handling the same bundle of data as before, but placing them in a new system of relations with one another by giving them a different framework” — the process involved in a paradigm shift, as described by Thomas Kuhn.1, 6

As Nutritional Therapists the ability to change and redefine the amount of molecular information entering our patients is profound, as practitioners wrestling with the relevance of this model to our clinical load it can be a complex area of investigation and explanation.

In essence the idea that genetic programming is not subject to significant expression alteration during a lifetime is undergoing a fundamental review. The idea that the way we live, eat, exercise and think may lead to altered gene expression is a big leap for many, but evidence is compelling and expanding that this is exactly what we can do.

At no point is the potential for expression changes in our genetic output removed from our patients, but as many of these require time to take effect, decisions about the relevance of intervention may be affected by the patients age as much as commitment.

One Response to “Nature Vs Nurture Debate Meets Godzilla”