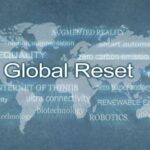 Is a post COVID-19 Re-Set something we can progress?

It may be helpful to view the last 12 months from a broad historical perspective for us to see the way forward from this pandemic. At this stage, many people strongly believe that the terrible toll it has taken demonstrates humanity’s helplessness in the face of nature’s might. But taken on review, 2020 has shown that humanity is far from helpless. Science has demonstrated, that given time the events of a pandemic induced crisis can be managed, even if political oversight/skill has been found wanting. One reason for the gap between scientific success and political failure is that scientists co-operate globally, whereas politicians tended to feud, and ideological beliefs compound strategic implementation.

The roots of the term ‘crisis’ lie in the Ancient Greek word krinô (meaning to separate, choose, cut, decide, judge) and can be traced back to Hippocrates. His school of medicine gave prognosis precedence over diagnosis, the point being to identify the ‘turning point’ of a disease to optimise intervention and bring about a satisfactory resolution to the illness (i.e looking up stream as in functional medicine).

Similarly, Thucydides the great Greek historian, hoped that by tracking the social and moral dissolution that enveloped Athens under the strain of the plague during 430-426 BC, history could serve as a ‘great case-book of social pathology’, enabling readers to recognise similar historical patterns in future and then intervene to restore order and stability and progress our relationship with each other and the planet. In this way, it has been argued, Thucydides applied a medical template to an epidemic crises that has framed our interpretation of them ever since.

Nearer to home, the Great Plague (Black Death of 1665) contemporary sources report, suffered seven thousand victims per week in September 1665, only subsiding towards the end of the autumn. Episodes continued for several months until the outbreak of the Great Fire, which devastated much of the city of London, resulting in a significant Re-Set of its time.

During the epidemics of the seventeenth and eighteenth centuries, states used blunt instruments such as cordon sanitaires and quarantines to prevent pathogens crossing borders. The result was widespread disruption to trade and society, as has been seen in certain sectors and age groups over the last 12 months.

But with the arrival of more sophisticated medical systems and modern forms of biopolitical management in the nineteenth century, it became possible to persuade individuals to regulate their personal health for the common good, making all of us complicit in the central calculus of biopower: namely, who to let live and who to let die. A crisis management decision tree driven by social, political, environmental, economic and medical requirements promulgated by the French philosopher Foucalt and more recently promoted by the Great Barrington Declaration.

WHY DOES THE GREAT ‘RE-SET’ CONCEPT ‘EXERCISE’ PEOPLE ADVERSELY?

Well, history suggests it might be better for us to regard pandemics less as crises than as occasions for political and economic ‘reckoning’ that may or may not see the resolution of long-standing social, environmental, health care and economic grievances. This wide remit means that right and left-wing commentators (and those with a conspiratorial bent) have all found heated reasons to rail against the Davos based World Economic Forum (WEF) Great Reset proposition.

Search for the term “global Re-Set or Davos” and you will be bombarded with fervent “exposés” of a secret globalist cabal, headed by the WEF founder Schwab and his sper wealthy loyal sidekicks such as Bill Gates, determined to use the state of shock created by the coronavirus to turn the world into a high-tech dictatorship that will take away your freedom forever: a green/socialist/Venezuela/Soros/forced vaccine dictatorship if the Reset exposé is promulgated by the far right, and a Big Pharma/GMO/biometric implants/5G/human-droid/forced vaccine dictatorship if it hails from the far left!

This is not to say that Schwab’s WEF Re-Set proposal is benign and unworthy of scrutiny. All kinds of potentially dangerous ideas are to be found under its wide-ranging propositions, from a progressive push toward more automation during a joblessness crisis, to the steady move to normalise mass surveillance and biometric tracking tools, to the proposition of Bill Gates’s seemingly singular power over global health policy. The irony, though, is that the fact-conspiracy storm currently being promulgated around the Great Reset makes it harder to hold the Davos set accountable for any of this, since legitimate critiques have now been blended with truly dangerous anti-vaccination fantasies and outright coronavirus denialism.

This leaves people uncertain, anxious, and hungry for clarity, and control. There is no disgrace in the quest for certainty. It is just that just at times in the ‘spin’ around the Great Re-Set the “narrative fallacy” a term for a very human foible is over played. This concept refers to our need to see shape and order in scattered events: to explain and not just record them. The alternative, which is to accept the role of randomness in life, is often too much to ask without a corresponding explanation.

“The reality is that things in the real world are far messier that in recorded history or in memory.”

But we humans find it hard to live with such messiness, so we tend to look for causes and patterns that do not exist, for which Nicholas Taleb (The Black Swan and other books) writes about – Black Swan occurrences are the random events that underlie our lives, from bestsellers to world disasters. Their impact is huge; they are mostly impossible to predict; yet after they happen and also during, we always try to rationalise them.

Our need to look for cause-and-effect chains in anything we encounter is simply an extension of our inbuilt pattern recognition software, which can and should deepen and broaden as we learn new things.

This state of messiness in life always has, and always will create space for ‘theories’ to be built, discussed, expanded upon and in most cases become lost to time, often resulting in old conspiracies being re-invigorated in contemporary context, but with the same tropes. In effect, the process promoted by Thucydides is in play, but humans are quite poor at ‘learning’ from their mistakes and find it hard not to find ‘patterns’ in their pursuit and claims of certainty.

WHAT DO WE KNOW?

As data comes through, social status, function and nutritional status are often interlinked risk factors. A modelling study published in the Journal of the American Heart Association on 25th February 2021 indicates a majority of adult COVID-19 USA hospitalisations nationwide are attributable to at least one of four pre-existing conditions: obesity, hypertension, diabetes, and heart failure, in that order.

We already know that changes in diet quality alone, the appropriate uses of food supplements, sleep, stress management and exercise even without weight loss, rapidly improve metabolic health within just six to eight weeks. It is crucial that lifestyle approaches for reducing severe COVID-19 infections, both for this and pandemics likely to come, include preventing and reversing cardiometabolic health factors – these are lifestyle, political and economic mediated processes.

It is a sobering thought that among >900,000 US coronavirus disease 2019 hospitalisations through November 18, 2020, nearly two thirds (63.5%) were estimated to be attributable to these cardiometabolic conditions, that is, preventable if these conditions had not been present – a process of care recommended by Hippocrates and reflected in functional medicine approaches!

The desire to attribute a dystopian cause and effect to a centralised cabal of wealthy elites that have only their own interest at heart inevitably resonates all the stronger in a mortal crisis. Confronted with mass suffering, and complexity, it is an emollient to those seeking externalised blame opportunities and anxiety inducing for those who feel helpless.

To believe that there exists an existential agenda for humanity collapse and centralised control, rather than the thought there is a chance that we will emerge wiser about how best to arrange our societies as a result, is to reflect pessimism, rather than recognise the well recorded rise and fall of similar proposals over many decades.

A tragedy without a corresponding agenda for reform is all the harder to bear if there is a corresponding and generally overblown and unsubstantiated claim that the opposite is destined to occur.

Our position is that the re-set we need to promulgate is that of the role of health generation, societal appreciation of the need to progress action on food supplies, food supplements, food production and security. Focussing on the core needs of all society – access to safe, natural food and water supplies, and related ecological (climate) management should be the backbone of public health development.

As the esteemed author Yuval Noah Harari states in his opinion piece in the Financial Times of Feb 26th 2021. “If Covid-19 nevertheless continues to spread in 2021 and kill millions, or if an even more deadly pandemic hits humankind in 2030, this will be neither an uncontrollable natural calamity nor a punishment from God. It will be a human failure and — more precisely — a political failure”.