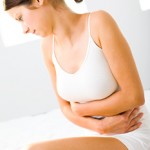 It will be of no real surprise to know that the incidence of irritable bowel syndrome (IBS) is common. Around the world it is estimated that some 10-20% of the population suffer from it. This is not an inconsequential number, and apart from the miserable statistics, it comes with loss of function, misery, anxiety, pain, bloating, altered bowel habits and loss of quality of life.

Whilst a clear explanation of the cause remains somewhat elusive, there is an increasing acceptance that the relationship between the brain-gut axis, central nervous system, peripheral stress response, infection, dysbiosis, barrier defects, inflammation and immune imbalance play significant roles in the causation.

The diagnosis of IBS is based on the exclusion of organic GI diseases and the application of symptom-based criteria. IBS is typified by periods of remission and symptom flare-ups. In one large study, symptoms were experienced on average for 7 days per month with two bouts per day, each bout lasting an hour.[i] The most common symptoms experienced during a flare-up include abdominal pain, bloating, trapped wind, tiredness, diarrhoea and/or constipation, tightness of clothing and heartburn.[ii]

An important relationship exists between life stress and symptom flare-ups and many IBS subjects exhibit significant co-morbidity with stress-related psychiatric illnesses, particularly anxiety and depression. Thus, stress is a known pre-disposing factor for mood disorders and also independently contributes to the persistence and severity of gastrointestinal symptoms in IBS.

When taken in the context of the emerging hypothesis that low-grade inflammation or immune activation are central to the pathophysiology of IBS symptoms, the potential for crosstalk between the immune and stress axes becomes apparent.

The management of IBS can be problematic for practitioner and patient, the solution may require multiple points of entry and still provide disappointing outcomes. probiotics and gastrointestinal immune management have been explored as potential activators of immune regulation. I have previously written about the use of vitamins, probiotics and short chain fatty acids as a strategic approach to care.

The case history described below provides a personal insight into the benefits of undertaking a mucosal immune management programme and how to apply a simple treatment for beneficial outcomes.

This is her story:

I have suffered with symptoms of IBS since my early teens.  I followed a reasonably healthy diet and exercised as much as I could.  Pre-dominantly my symptoms were intermittent bloating and diarrhoea.   After a few years of suffering with this, I took myself to the doctor – who diagnosed IBS and prescribed a ‘healthy’ diet and to avoid wheat.

I moved away from home to attend University in 2004 aged 19.  Late nights, parties and an abundance of junk food made the first year of university uncomfortable for me in terms of my symptoms.  At this time I was flaring up at least 3-4 times a week.  I also felt tired and sluggish and my lifestyle was having an effect on my weight, I probably put on about 1 stone in the first 6 months of University.

Returning from the Summer Break and going into my second year of University, I led a much better lifestyle.  I had lost all of the weight that I had put on and had returned to a healthy diet.

Then, I went through a high period of acute stress at the beginning of the academic year.  It was a time of great distress.  As you might expect, my symptoms were especially bad.  I had a particularly unpleasant flare up of diarrhoea when out on a picnic – I was able to get to a toilet – but this one event left me with a feeling of panic and loss of control when I was in a situation where I was unable to get out easily (such as trains, buses, cars, long journeys etc).  This event, teamed with the extreme stress I was under meant that I experienced anxiety wherever I couldn’t escape or find a toilet easily.   This meant that every time I was in this situation, I would have a flare up of diarrhoea because I was anxious, and I was anxious because I was afraid I would experience diarrhoea, it was a vicious cycle.

My anxieties became so bad that I would become anxious on the short walk from my house to the university.  It affected my studies – I missed a lot of lectures.  I had also developed some obsessive behaviour.

I would rarely travel anywhere I didn’t know, and would turn down many social invitations if it meant I had to travel in a car. I had begun cutting things out of my diet and had become obsessive about foods.  I would eat the same meals at every meal, as I considered them to be ‘safe’ foods.   I was taking Imodium on most days.  I was miserable.  I went back to the doctor; I was prescribed Fibrogel, peppermint tablets and Anti-Depressants.  I took the Fibrogel and Peppermint Tablets for about 3 months; it didn’t really have an impact on my overall health.   I didn’t take the Anti-Depressants; I felt that if I had depression then it was a product of my IBS and symptoms rather than the cause, so was reluctant to take them.

During my final year of University things in my personal life were a lot calmer.  My ‘safe’ foods and Imodium, became my coping mechanism, they helped me to finish my studies and get a good degree.  Using these coping mechanisms, along with reduced stress in my personal and professional life meant that my symptoms presented less frequently.  I still used Imodium in anticipation of a flare-up and would use it as a psychological crutch if I knew I was going to be in a difficult situation.   The cycle of being anxious about having a flare up leading to me actually having an episode continued, but occurrences were fewer.

My engagement to my fiancé in November 2010 was the catalyst that sought me to get help.  I did not want to feel unwell or anxious on my wedding day.  Through my own research, I recognised that my psychological health and my IBS symptoms were linked.  I undertook a course of hypnotherapy, which helped, to some extent, to calm me in situations that I found stressful.  I also researched breathing techniques to help me regulate the feeling of panic.

The most profound difference though was in the diet and supplementation programme I undertook in March 2011.

The difference it made to my life was quick and positive.  After the first two weeks, I found that I had more energy, I didn’t feel tired and was able to get up in the mornings for a run – something that I would never had imagined I would do a few months previously.   I had more energy in the evenings, too.   My flare ups became less frequent; stress and anxiety were becoming less of a trigger for my symptoms.

In the first 10 weeks of the program, I only had two flare ups, which was a huge improvement.  If I felt stressed, it didn’t automatically have an effect on my gut, as it would previously.

Sticking to the medical apple meals is easy, I prepare the meals once a week, and it’s tasty and keeps me going until lunchtime when I have one for breakfast.

The role of foods as a therapeutic tool can be enhanced when they are concentrated, and immune modulating spices and organisms are included. I wrote up the recipe and described the science behind the meal, but a real case such as this brings the outcome to life – helping people regain control, recover confidence, increase their energy and liberating them from a background inflammation makes clinical care worthwhile.

To read about the recipe and the suggested intervention strategy please view this post, or down load the Perfect Mucosal Tolerance Meal Plan PDF.