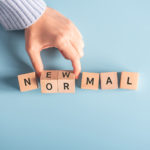 In clinical practice, where lifestyle intervention is the primary strategy, it can be a real challenge to firstly motivate for change and then facilitate ongoing adoption of changed behaviours to create an evolved and enhanced health status. This can be so problematic that many primary healthcare professionals more familiar with pharmaceutical allocation find the prospect of an adaptive approach too off-putting.

On the other side, there are many who pivot from pharmaceutical approaches to nutraceutical approaches with a similar, one pill for an ill mentality, and whilst this may be a far less problematic approach, it is ultimately likely to be as frustrating for the clinician and the patient as the former.

To make this approach to health generation work, lifestyle education must be ongoing for all involved. Not only are we having to adapt the ‘plan’ of care to meet the person seeking help where they are in their own journey, but we must also embed a conscious wish to evolve our own practice.

Whilst the evolution of clinical care options can seem slow at times, it is the nature of the translation of knowledge that acts as the primary barrier. Holding a lot of information in your memory is only of clinical use if it can be effectively applied to the needs of the patient. The fear of not knowing enough can be as problematic as knowing too much and lacking having the ability to translate into agreed actions.

The result is that many practitioners become ‘stuck’ following protocols – which are in effect simple guidelines – and repeating them regardless of outcomes. This can lead to frustration, disappointment, and a decline in clinical care outcomes.

Clinical Education, the not-for-profit education platform started over a decade ago, began to address this challenge for nutrition orientated clinicians and practitioners by building a case-based information website, where individual case questions are answered by experienced lifestyle and functional medicine practitioners, using best practice, external third-party references and experiential suggestions. Providing a unique repository of translated strategy around a specific need – to date over 3,700 case-based questions have been answered – meaning there already exists a working database that may just help you achieve the outcomes needed, faster and more effectively. Here are just some of the recent examples of where nuance in application and understanding can lead to better clinical decisions.

The world appears to be getting fatter and heavier, severe obesity, defined by a body mass index (BMI) ≥35 kg/m2, has increased 11-fold for men (2.3%) and 3-fold for women (5.0%) worldwide from 1975 to 2014, and is responsible for heavy burden due to its associated cardiometabolic complications[1].

The gut microbiota can directly or indirectly influence metabolic health by producing many metabolites, including bacteria-derived B vitamins[2]. It has been suggested that impaired bacterial production of B vitamins can affect both microbial community functions and host metabolism and inflammation[3]. A paper published in Gut teases out some of the connections between biotin and the transition from obesity to severe metabolic disturbances, suggesting that the dietic and supplementary control of B vitamin synthesis, as well as lifestyle changes, may help prevent this process. Increasing awareness about considering both gut microbiota and host biotin status in clinical management of metabolic diseases may be a development to explore. Concomitant management of gut dysbiosis via gut-focused therapies (e.g., prebiotics, food selection and lifestyle changes), and optimising B vitamin availability, including biotin, appears interesting to prevent obesity from transitioning to a more severe metabolic state.

However, as indicated in the opening paragraphs, the notion that a complex problem like obesity may be down to a single nutrient deficiency is too reductionist to be clinically useful. The American Journal of Clinical Nutrition published an ‘accepted’ review paper on the 23rd April 2022 highlighting many of the interactions our cells have to manage, including interrelated biologic interactions between food processing (including acellular (fibre free) nutrients, depleted prebiotics, additives), gut microbial composition and function, host metabolic expenditure, and inter-generational transmission of risk (including epigenetics, non-coding RNAs, microbial species)[4]. Not, you will note simply an increased caloric and decreased expenditure position, that remains the ‘eat less move more’ solution that is clearly failing.

According to the United Kingdom’s Office for National Statistics, one out of ten respondents in a national survey reported they were “still exhibiting symptoms for a period of 12 weeks or longer” after testing positive for Covid-19. A study published by the Journal of the American Medical Association in February found about one-third of patients still had persistent symptoms nine months after a Covid-19 diagnosis[5].

Using a non-drug therapeutic intervention – skilled breathing and singing techniques used by opera singers but reshaped for amateurs – the results appear to be impressive. According to data provided by ENO Breathe, 90% of students in the pilot program reported positive improvement in their breathlessness, while 91% felt that their levels of anxiety had dropped. When asked if they would continue practicing the techniques after the program ended, 100% agreed.

Vitamin D2 and D3 have overlapping and independent roles in immunomodulation

For some time the role of vitamin D (D2 (ergocalciferol) and vitamin D3 (cholecalciferol))in the management of the innate and adaptive immune systems capabilities has been discussed, published, challenged and supported – and its to this range of variational opinions that this paper published in Frontiers of Immunology in February 2022 raises some further questions, but also provides answers[6].

The authors demonstrate that overall, both forms of vitamin D tended to down-regulate the expression of many (774) genes, most of which are in involved immune pathways. Supporting the understanding that one of the roles of vitamin D is to provide restraint or balance to an over-active immune system.

However, only 13% of the down-regulated genes were in common between D2 and D3, while 28% were uniquely downregulated by D2 and 59% only by D3. There were also several indications of important differences between these two forms, likely to have relevant clinical consequences; for example, while D3 up-regulated genes involved in interferon alpha (type 1) and gamma (type 2) responses (critical to innate immunity against both bacterial and viral infections), D2 down-regulated these same genes. The authors go on to speculate that a higher basal activity of type 1 interferon-stimulated genes (as observed with D3) would promote a more vigorous response to viral infections.

Additionally, serum levels of 25(OH)D3 decreased in the group receiving vitamin D2 to a greater extent than the group receiving placebo, suggesting that D2 supplementation may actually deplete levels of this D3 metabolite. This also raises the possibility that changes in gene expression in this group may be due to D2 supplementation and/or the drop in 25(OH)D3 levels. Lastly, differences between ethnicities were also observed, indicating that this type of transcriptomic analysis should be conducted among more diverse populations.

Thus, although most studies find either an equivalent effect or a superior effect of vitamin D3 compared to D2, this recent study is of considerable importance, because it challenges the notion that measuring 25(OH)D levels alone can adequately determine any relevant differences between these two forms. Meaning that statements regarding benefit or failure of research needs further qualification.

Our biology and psychology are interrelated and rely on each system to achieve optimal metabolic function, and whilst, inevitably, single interventions have an attraction, they have their limitations. Exploring the various ways people respond to interventions quickly reveal multiple points of possible intervention and exclusion and as such means that ‘protocols’ tend to be limited to their originator’s interpretation.

Exploring, expanding, and applying various discoveries derived from educational expansion may lead you to rediscover the joy of not having to learn by rote, but apply by mechanisms and experiential development – between these two systems, there are many paths to wellbeing.