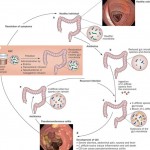 Parkinsons and Faecal Transplantation – or at least resolution of constipation! 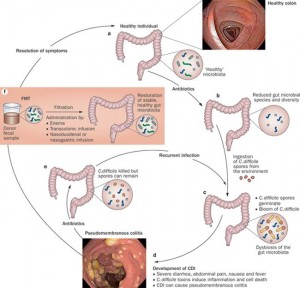 Faecal bacteriotherapy, now termed faecal microbiota transplantation (FMT), has gained prominence in light of the recent epidemic of Clostridium difficile infection (CDI) in North America and Europe. Coupled with the emergence of a hypervirulent strain of C. difficile, FMT is likely to feature prominently in the treatment of both relapsing and severe C. difficile colitis. Given that FMT is capable of successfully reversing CDI-associated colitis and is arguably the most complete and ideal probiotic, one can see the potential value of FMT in other bacteria-mediated diseases.

As more patients request treatment and more clinics incorporate FMT into their treatment repertoire, reports of applications outside of CDI are emerging, paving the way for the use of FMT in several idiopathic conditions. Interest in this therapy has largely been driven by new research into the gut microbiota, which is now beginning to be appreciated as a microbial human organ with important roles in immunity and energy metabolism. This new paradigm raises the possibility that many diseases result, at least partially, from microbiota-related dysfunction. This understanding invites the investigation of FMT for several disorders, including IBD, IBS, the metabolic syndrome, neurodevelopmental disorders, autoimmune diseases and allergic diseases, among others.

Parkinson’s is a complex disease in which even small improvements are welcomed.

This abstract presentation by Thomas Borody suggests that in a subset of individuals with Parkinson’s that bacterial consequences may be beneficial or detrimental and that regular bowel transit reduces symptomology. View Poster