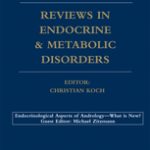 Does Vitamin D Play a Role in Autoimmune Endocrine Disorders? A Proof of Concept. 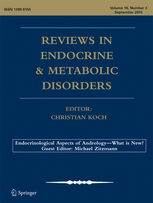 Jan 2017 saw the publication of a review article on the potential role of Vitamin D as a risk factor in the development in the generation of autoimmune disorders.[1]

In the last few years, more attention has been given to the “non-calcaemic” effect of vitamin D. Several observational studies and meta-analyses demonstrated an association between circulating levels of vitamin D and outcome of many common diseases, including endocrine diseases, chronic diseases, cancer progression, and autoimmune diseases.

These findings are supported by the correlation between the polymorphisms of the VDR or the CYP27B1 gene and the pathogenesis of several autoimmune diseases. Currently, the optimal plasma 25-hydroxyvitamin D concentration that is necessary to prevent or treat autoimmune diseases is still under debate. However, experimental studies in humans have suggested beneficial effects of vitamin D supplementation in reducing the severity of disease activity.

In this review, they summarise the evidence regarding the role of vitamin D in the pathogenesis of autoimmune endocrine diseases, including type 1 diabetes mellitus, Addison’s disease, Hashimoto’s thyroiditis, Graves’ disease and autoimmune polyendocrine syndromes. Furthermore, they discuss the supplementation with vitamin D to prevent or treat autoimmune diseases.

The expression of the enzyme involved in the activation of the vitamin D suggests a local action of vitamin D, which presents immunomodulatory properties. Thus, it is possible that vitamin D insufficiency or deficiency may unsettle the normal immune response, predisposing to the development of the autoimmune diseases. Moreover, the association between both VDR and CYP27B1 polymorphisms and a higher risk of T1DM, AD, and AITD strengthens the potential role of vitamin D in the pathogenesis of autoimmune endocrine diseases.

Previous Post
High-level Adherence to a Mediterranean Diet Beneficially Impacts the Gut Microbiota and Associated Metabolome
Next Post
Mastic Gum as a Treatment For Dyslipidaemia and Dysglycaemia?