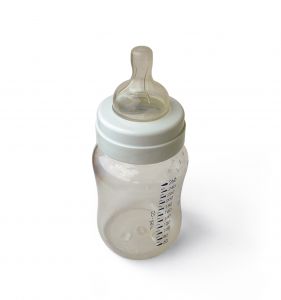 Scientists have once again found that people with higher levels of bisphenol A (BPA) in their urine are more likely to have heart disease than those with lower urinary BPA levels.

Used to make some plastic drinks bottles and the inner coatings of food cans, BPA can mimic the effects of oestrogen and has been associated with a number of conditions in animal studies, including low sperm count, prostate cancer and foetal developmental problems. In 2008, researchers first linked BPA to diabetes and heart disease in humans,[1] but industry lobby groups such as the American Chemistry Council in Arlington, Virginia, have vigorously disputed those findings.

A second paper by the same group from the Peninsula University, Exeter have used independent data to support the first analysis.[2]

Based on the data, a 60-year-old man with the lowest levels of BPA in the survey had about a 7.2% chance of developing cardiovascular disease whereas a similar subject with levels three times higher faced about a 10.2% risk.

Scientists have long known that oestrogen has the potential to affect heart function through the oestrogen beta receptor and bisphenol may have the ability to influence the same receptor.