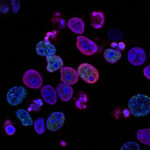 Impact Of Antioxidant Supplementation On Chemotherapeutic Toxicity: A Systematic Review Of The Evidence From Randomized Controlled Trials.

Much debate has focused on whether antioxidants interfere with the efficacy of cancer chemotherapy. The objective of this study is to systematically review the randomized, controlled clinical trial evidence evaluating the effects of concurrent use of antioxidants with chemotherapy on toxic side effects. We performed a search of literature from 1966-October 2007 using MEDLINE, Cochrane, CinAhl, AMED, AltHealthWatch and EMBASE databases. Randomized, controlled clinical trials reporting antioxidant-based mitigation of chemotherapy toxicity were included in the final tally. Searches were performed following a standardized protocol for systematic reviews. Only 33 of 965 articles considered, including 2,446 subjects, met the inclusion criteria. Antioxidants evaluated were: glutathione (11), melatonin (7), vitamin A (1), an antioxidant mixture (2), N-acetylcysteine (2), vitamin E (5), selenium (2), L-carnitine (1), Co-Q10 (1) and ellagic acid (1). The majority (24) of the 33 studies included reported evidence of decreased toxicities from the concurrent use of antioxidants with chemotherapy. Nine studies reported no difference in toxicities between the 2 groups. Only 1 study (vitamin A) reported a significant increase in toxicity in the antioxidant group. Five studies reported the antioxidant group completed more full doses of chemotherapy or had less-dose reduction than control groups. Statistical power and poor study quality were concerns with some studies.

Previous Post
Antioxidants And Other Nutrients Do Not Interfere With Chemotherapy Or Radiation Therapy And Can Increase Kill And Increase Survival, Part 1.
Next Post
Candida Evolves and Reproduces