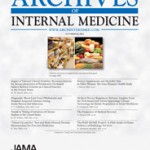 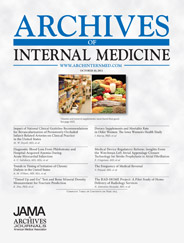 A recent American Medical association paper suggested that vitamins are a threat rather than an advantage to peoples lives.[1]

The Alliance for Natural Health have undertaken a quick analysis of the paper and sum up the findings:

“This study is a classic example of scientific reductionism being used to fulfill a particular need. In this case, it’s supplement bashing, a well-known preoccupation of Big Pharma — and an approach that appears to be central to the protection of Big Pharma’s profit margins.”

The Alliance for Natural Health, in an article entitled Shame of the AMA Archives of Internal Medicine, criticized the blatant lack of science behind the study.

“… all the data was self-reported by the study subjects only three times over the course of the 19-year-long study. To say the data is “unreliable” would be a generous description. This kind of “data” has no place in a valid scientific study.

“In the study, all of the relative risks were so low as to be statistically insignificant, and none was backed up by any medical investigation or biological plausibility study. No analysis was done on what combinations of vitamins and minerals were actually consumed, and no analysis of the cause of death was done beyond grouping for ‘cancer,’ ‘cardiovascular disease,’ or ‘other’ — there was certainly no causative analysis done. The interactions of potential compounding risk factors is always tremendously complex—and was ignored in this so-called study.”

Dr. Robert Verkerk, the Executive and Scientific Director of ANH-International went further, criticising not only the study’s methodology but the familiar commercial intent behind the study;

“This study is a classic example of scientific reductionism being used to fulfil a particular need. In this case, it’s supplement bashing, a well-known preoccupation of Big Pharma — and an approach that appears to be central to the protection of Big Pharma’s profit margins.”

Read the complete article of Dr. Verkerk’s criticism of the AMA’s goals and scientific methodology. Here are the Key Points:

What about some Good News

Their questionable study is more than countered by a study indicating the exact opposite of the AMA/Pharma article.  Block, et al., at the University of California Berkeley, published “Usage patterns, health, and nutritional status of long-term multiple dietary supplement users: a cross-sectional study,” which showed that the more supplements people take, the greater their health.[2] And the UC Berkeley study was not based on self-reports.  The researchers actually tested people.

“New research indicates that NOT taking supplements may be harmful to your health, and that a single daily multi-vitamin is inadequate. A study of hundreds of persons who take a number of different dietary supplements has found that the more supplements they take, the better their health is. The study authors reported that a ‘greater degree of supplement use was associated with more favourable concentrations of serum homocysteine, C-reactive protein, high-density lipoprotein cholesterol, and triglycerides, as well as lower risk of prevalent elevated blood pressure and diabetes.’ Supplement use results in higher levels of nutrients in the blood serum, and produces ‘optimal concentrations of chronic disease-related biomarkers.’

“It is especially significant that the supplement-takers consumed a lot of tablets every day, not merely a multivitamin. More than half of them took, in addition to a multivitamin/mineral, extra ‘B-complex, vitamin C, carotenoids, vitamin E, calcium with vitamin D, omega-3 fatty acids, flavonoids, lecithin, alfalfa, coenzyme Q10 with resveratrol, glucosamine, and an herbal immune supplement. The majority of women also consumed gamma linolenic acid and a probiotic supplement, whereas men also consumed zinc, garlic, saw palmetto, and a soy protein supplement.’”

So where do we go from here?

I wrote a review on the concept of expensive urine – a throw away phrase that has by virtue of its popular use as a denigratory exclamation, persuaded people, who may well have benefitted from supplemental support to stick with their medications and standard diet.

People would do well to focus on food selection as the primary route for nutrients and fibre, but let’s get real, non-infectious chronic disease now kills more people than all other illness combined, and the primary mechanism for this – diet and lifestyle. The consumption of food supplements as part of an overall strategy to maintain weight, eat well, exercise and sleep is not one to be avoided based on this AMA study