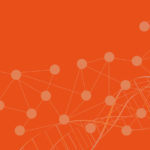 A Conversation with Dr. Abram Hoffer

In December 2008, IFM had the opportunity to film an interview between Dr. Jeffrey Bland and Dr. Abram Hoffer, a founding father of orthomolecular medicine and recipient of the 14th Linus Pauling Functional Medicine Award. Excerpts from this video first aired at last May’s symposium on mood disorders on the day following news of his death at age 91.

In honour of Dr. Hoffer and his lifetime of work advancing the fields of psychiatry and functional medicine, The Institue of functional Medicine is making this video available to you on their website.

New paradigms, Bland observed after the interview, are often generated by “the ability to tolerate criticism and rejection from colleagues who are comfortable with the status quo. It is inspiring to know that people like Dr. Hoffer represent the legacy that is the foundation of our field.”