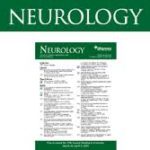 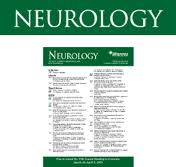 A recent paper out of Australia and published in the Journal Neurology supports the increasing correlative link between Vit D and neurological damage such as demyelination.[1]

In a case-control study, more time spent in the sun — beginning in childhood — independently predicted lower risk of having a first demyelinating event with 30% lower adjusted odds for each 1,000 kJ/m2 of vitamin D-producing ultraviolet rays, according to Robyn M. Lucas, PhD, of the Australian National University in Canberra, and colleagues.

When sun exposure measures and serum vitamin D were included in the same model, both came out independently associated with MS risk. These findings strengthen the link seen in prior epidemiologic studies of the autoimmune neurologic disorder, the researchers noted.[2]

The proposed mechanism of action has already been elucidated and once again sees the role of Treg cells suppressing TH1 driven effector T cells and reducing altered cytokine inflammation..

Vitamin D supplementation has been increasingly recommended for MS patients, not only for bone health but also in hopes of immunomodulation. Many people are vitamin D deficient due to the poor availability of this seca-steroid in foods and the reduced amount of sunlight exposure recommended due to skin cancer risk and inside sedentary work.

It is the combination of vitamin D Supplementation and sunlight exposure that appears to confer the best benefits, as  sun exposure had an additive, independent effect on risk.

“advocating vitamin D supplementation alone may be a less effective preventive intervention than has been suggested by previous epidemiologic studies.”

The group examined results from the multicentre Ausimmune case-control study of individuals living in four regions of Australia spread across latitudes from 27° S.

The analysis included 216 individuals ages 18 to 59 diagnosed with MS from November 2003 through December 2006. Another 395 individuals without MS served as controls, matched for age, sex, and study region.

The connection between serum vitamin D and MS showed no threshold for effect and remained unaltered by further adjustments for phenotypic factors like eye colour or shade of skin.

Together, the vitamin D level and sun exposure measures appeared to account for 32.4% of the difference in incidence of MS at higher versus lower latitudes in Australia.

The researchers cautioned that vitamin D status was based on a single measurement in the study, which may not have reflected long-term levels, and that self-reporting of sun exposure may not always have been accurate.

Living as we do in the Northern hemisphere and recognising that cultural and work changes to sunlight exposure has changed a great deal it is likely that for most of the year we are under optimal levels of vitamin D in our bodies. MS risk is diminished by adequate vitamin D and sunlight by some 30% and is not the only condition to be linked to this nutrient and its insufficiency.

Vitamin D is just one of the fat soluble nutrients we need and Vit E, A and K also have vital roles to play – once supplementation and sunlight exposure has achieved an optimal Vit D status it may be prudent to supplement the whole family at a management level rather than concentrate on D alone.

Previous Post
Music Confers an Observable Degree of Emotional Arousal
Next Post
Can You Hear Me Now? Cell Phones and the Brain