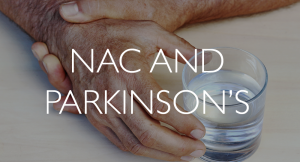 #NAC is a naturally occurring molecule that replenishes one of the body’s antioxidants, studies have shown that it increases #glutathione levels in the brain. With Parkinson’s disease lowering levels of glutathione this study aimed to test whether raised glutathione levels could increase dopamine levels as neurons recover function. 42 Parkinson’s patients were split into two groups with one group receiving standard care treatment and the other their standard treatment in conjunction with NAC both orally and intravenously.

Both groups had brain scans to track dopamine re-uptake as well as being evaluated clinically using the Unified Parkinson’s Disease Rating Scale (UPDRS), which assesses a variety of symptoms including both cognitive and motor function. After a period of three months the group receiving NAC showed a 4-9% increase in dopamine transporter binding as well as a 14% rise in their #USDRS score. The idea that a natural molecule can improve symptoms in Parkinson’s patients offers hope for new avenues of treatments.