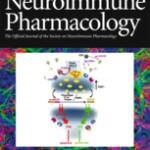 Study Suggests Cinnamon May Be Used To Halt Progression Of Parkinson’s Disease.

Parkinson disease (PD) is a common age associated neurodegenerative disorder of the central nervous system[1]that was first described in an essay entitled “An essay of the Shaking Palsy” by James Parkinson in 1817. Clinically PD is characterised by resting tremor, bradykinesia, rigidity and postural instability. Causes for the disease are not well known however environmental, genetic, and immunological factors have been associated with the onset of this disease.

Cinnamon contains three major compounds (cinnamaldehyde, cinnamyl acetate and cinnamyl alcohol), which are converted into cinnamic acid by oxidation and hydrolysis, respectively. In the liver, this cinnamic acid is β-oxidised to benzoate that exists as sodium salt (sodium benzoate; NaB) or benzoyl-CoA. It is nontoxic and can be administered as a solution in drinking water. It has been reported that 2% solution of NaB in drinking water is safe for lifelong treatment in mice without any noticeable side effects.[2]

The authors raise a possibility that NaB, a component of a prescribed drug for human urea cycle disorder and a widely used food preservative, may be used to up regulate DJ-1 in PD and other neurodegenerative disorders. Oxidative stress plays an important role in the pathogenesis of PD and among all these PD-associated genes, DJ-1 is the most important one in providing antioxidant defence.

The study found that after oral feeding, ground cinnamon is metabolized into sodium benzoate, which then enters into the brain, stops the loss of Parkin and DJ-1, protects neurons, normalizes neurotransmitter levels, and improves motor functions in mice with PD.[3]

Previous Post
Being Gluten-Free Linked to Less ‘Brain Fog’ in Coeliac Study
Next Post
What You Eat And Not Just The Number Of Calories, Is A Significant Factor In Diabetes Risk