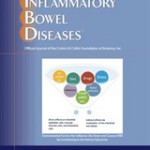 Many patients with diarrhoea diagnosed with inflammatory bowel disease (IBD) are not routinely checked for Clostridium difficile infection (CDI), researchers have found.[1]

This organism is well understood to have a correlative risk for increasing symptoms and reducing therapeutic intervention effectiveness and 5% of IBD patients are found with CDI.

It’s already known that CDI may replicate some of the symptoms related to the IBD, and it may also trigger a worsening of IBD symptoms, so identifying its presence is an important part of determining treatment options and mitigating outcome variances.

The study demonstrates that half of the newly diagnosed IBD patients did not undergo faecal testing for infections at the time of diagnosis. This is problematic, as patients who are treated with potent immunosuppression (including steroids) can have clinical deterioration with a superimposed C. difficile infection. There is an important message, that testing for C. difficile is not being performed in half of the IBD patients at a time when this is appropriate.

In the UK it is not a routine analysis, yet many people who seek assistance from practitioners using functional medicine approaches to their incorporation of care will undertake a stool test. In the case of IBD patients it is important to know if CDI is present, but this paper should not encourage you to think that only CDI is relevant and multiple causes of dysbiosis are related to alterations in mucosal immune quality and recovery capacity.