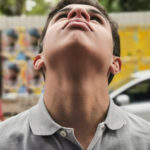 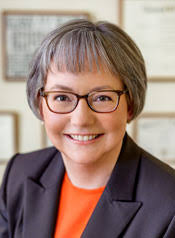 Linda Isaacs, MD, Discusses Her Work with Nicholas Gonzalez, MD, and Her Use of Glandular Therapies in Her Practice

Learn the theories behind what makes glandular therapies successful, the importance of proper preparation, and some clinical uses for these substances from an expert in their use.

Linda L. Isaacs, MD, received her Bachelor of Science in Biochemistry from the University of Kentucky, graduating with High Distinction. After this she completed her medical training at the Vanderbilt University School of Medicine, doing her residency in internal medicine at the Department of Veterans Affairs Medical Center at New York University School of Medicine. She is certified by the American Board of Internal Medicine, completing the recertification process in 2001 and in 2011.

She met her long-time colleague Nicholas J. Gonzalez, MD, in 1983, and for more than 20 years, they worked in the same office, spoke daily about patient care, and collaborated on research projects. During this time, together they published multiple articles in scientific journals, as well as a book, The Trophoblast and the Origins of Cancer. Since Dr. Gonzalez’s untimely death in July 2015, Dr. Isaacs has dedicated herself to continuing the work they both shared. Her website is www.drlindai.com.

FOCUS: Tell us about your background and how you became interested in healing chronic disease with integrative and nutritional medicine. How did you become involved with Nicholas Gonzalez, MD, and the work he was doing with glandular therapies?

LLI: When I began my training as an undergraduate and while in medical school, I was a very conventional student. Much as many students in this era of life, I was eager to learn but I wasn’t thinking particularly outside the box. I was open-minded to the role nutrition and nutritional supplements may play in healing, as my mother developed an interest in nutrition after her symptoms of arthritis were relieved with the use of certain mineral therapies.

As a student in my undergraduate years, I worked in a biochemistry laboratory that was studying the protein alpha-1 antitrypsin. There, I learned the different theories and hypotheses at the time about how this protein might be involved in emphysema caused by smoking. However, a short time later when I was in my early years of medical school, we were told about the role alpha-1 antitrypsin played in lung damage from smoking as if it were a fact. I was very aware we were far from knowing this as a fact, so this led me to be more questioning of all the things I was being taught that were posed as black and white in nature.

As a 3rd year medical student, I met Dr. Gonzalez, who was simultaneously completing his medical internship and continuing his investigation of the work of William Donald Kelley, DDS, MS. Dr. Kelley was another early pioneer of glandular therapies who focused much of his career around treating patients with these substances after experiencing his own profound healing.[i] Dr. Gonzalez was learning about glandular therapies himself as he trained under Dr. Kelley. Around this time, I had become very sick with symptoms that resembled what we now call chronic fatigue syndrome or myalgic encephalomyelitis. In this era, we were far less aware of the possible dangers associated with things like chemical exposure—which I experienced in the biochemistry lab where I had worked. Under Dr. Gonzalez’s direction, I began taking glandular therapies to help me recover, and I found that over time my symptoms resolved. Having the opportunity to see these therapies work with not only patients but also myself made me even more convinced of their healing potential.

FOCUS: Can you give us a bit of background on what glandular therapies are, and the mechanisms by which they might work?

LLI: Glandular substances are specially treated preparations of the different animal-sourced glands, such as the pancreas, thyroid, or adrenal gland. There are a variety of glandular products that one might find in an exhaustive search; Dr. Gonzalez and I also went through the process of seeking out the optimal glandular supplements. The glandulars that we found to be most successful when working with our patients are prepared by a special freeze-drying technique that leaves everything that naturally occurs in the tissue, except for the water, still present. I have tried other glandular preparations and found that they really weren’t as effective or strong as these lyophilized glandulars.

When glandular substances are prepared in this fashion, we know they contain a variety of substances including nutrients, proteins, growth factors, and other cofactors found in the gland. These include enzymes that are normally found in pancreatic tissue, and vitamins and minerals that are found at high levels in the liver. Our understanding of how glandular therapies work is largely based on theory and clinical experience, but it boils down to four main concepts:

1) We are not eating the way our ancestors did, and most of us do not include organ meat in our diet. However, many people, including those who follow the work of Dr. Weston Price, feel that these are things we should be eating because our bodies need them.

2) Correctly prepared glandular substances, as mentioned, provide the body with proteins, growth factors, and other cofactors that the gland needs for repair.

3) Substances like pancreas glandular are also rich in active enzymes and proenzymes that the organ normally provides. Although we think of things like pancreatic enzymes as only playing a role in digestion, research is shedding light on a variety of other functions they may have in the body, including the inhibition of oncogenic processes.[ii]

4) The consumption of small amounts of proteins that glandulars provide may promote immune tolerance, decreasing immune reactions to self-proteins. This is a concept many are familiar with, known as oral tolerance.[iii] A common example of oral tolerance is how the consumption of local honey or bee pollen granules may help reduce the allergic response to the pollen one inhales in the air in the spring. Long ago, our ancestors didn’t have problems of autoimmunity like we do today, and this may be in part because of their regular consumption of glandular substances.

FOCUS: Tell me about how you use glandulars in your practice.

I use adrenal glandulars in different formats: Some provide just the adrenal cortex while others also provide the adrenal medulla. If a patient has fatigue along with salt cravings, I find they do better with the adrenal cortex. If they tend to be a “go-go-go” type that presents with fatigue, particularly fatigue that develops after a long period of being high functioning, I find that an adrenal product that includes the medulla can be more helpful.

The effect of adrenal glandulars is very gentle, and, much like we discussed, provides the building blocks for the body’s own adrenal gland to resume normal function. If someone is very depleted, they may need the adrenal substances up to three times a day, but with time this amount usually decreases. That said, when patients present with overt adrenal insufficiency (or hypothyroidism) I still use medications that are indicated in these situations.

Although some individuals voice concerns that providing someone with adrenal glandular substances for a long period of time may lead to dependency or the development of Cushing’s syndrome, I have never seen this happen despite using them often for multiple years. Rather than seeing a dependency develop, I find that the body is slowly restored and needs less of the adrenal glandular. I had one patient who was on a protocol that included adrenal glandulars for many years. As her body healed, she became aware of when she needed to decrease her therapies. With too much of the adrenal glandular, she would have a bit of a headache, but with too little, her fatigue returned. She found that roughly one capsule a week was enough to keep her function optimal. A mild headache like she experienced is a common sign that the dose of an adrenal glandular should be decreased.

I find the pancreatic glandular supplementation to be just as effective as the medications many of these patients take. I prefer it over supplementation with digestive enzyme combinations, as the glandulars are the most natural, not requiring any chemical processing.

Dr. Gonzalez and I both preferred the freeze-dried preparation of the pancreatic glandulars as opposed to a more purified extraction of single enzymes. In Dr. Gonzalez’s survey of the hundreds of people Dr. Kelley worked with through the years, he noted that those who experienced the greatest recovery were treated in an era in which Dr. Kelley was using a pancreatic glandular preparation that contained a high percentage of inactive precursors with a modest amount of activated enzymes—not in the later years, when he was using a product that only provided the activated, defatted, pancreatin.[iv]

FOCUS: Besides using adrenal and hypothalamus glandulars for fatigue and pancreatic glandulars for digestive insufficiency, what other glandulars might you use in your practice for some of the common things we all struggle with, like reducing the risk of an infection?

LLI: I often use thymus glandular for this purpose, and I myself take it regularly in winter. For seasonal support I often take it twice daily, but if I feel like I may be on the verge of getting sick, I’ll up the dose to three capsules three times a day. For patients who are frequently getting sick, I’ll put them on thymus glandular at a dose somewhere between these. I also often use liver glandular in my practice, as it is very nutritional. In this day and age, with the busy, stressful nature of our lives, many people—not just those who are dealing with a chronic disease—benefit from adrenal and hypothalamus glandular for support from time to time.

For more reading on the topic of pancreatic glandular therapies, the reader is encouraged to seek out the texts referenced within this interview, as well as the text by Dr. Isaacs and Dr. Gonzalez, The Trophoblast and the Origins of Cancer.