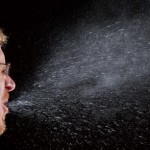 The World Health Organisation declared the first flu pandemic in 41 years on 11 June. As details of the global impact of the 2009 influenza A (H1N1) virus — and efforts to combat the threat — continues to unfold, Clinical Education provides evidence based nutritional strategies for optimising the mucosal barrier of prevention.

The UK has decided that it cannot contain swine flu, and has moved its health service onto a treatment footing instead.

Health minister Andy Burnham told the House of Commons that over the last week there was a “considerable rise” in H1N1 with several hundred new cases every day.

“Cases are doubling every week, and on this trend we could see more than 100,000 cases per day by the end of August—although I stress that that is only a projection,” he said. “As cases continue to rise, we have reached the next step in our management of the disease.”

Nine per cent of the workforce will be sick by the end of August, say the latest official forecasts, and up to 12 per cent in September, when the peak of the first wave of the swine flu pandemic in the UK is expected

Our review document explores the science behind the bodies natural antiviral defences and describes evidence-based nutritional strategies to optimise them.

Antibodies (Y shaped) are part of the innate and adaptive immune response. In the first stage of exposure to a virus non specific or natural(n) nSIgA and nIgM antibodies will bind to a virus in the respiratory and gastrointestinal tract. They work to exclude the virus and also to provide identification for destruction. This immediate defence is also dependent on the presence of mucins, a collected group of glycoproteins that help to entrap the influenza virus for removal and also offer dummy binding sites (sialic acid ligands), to keep the virus away from the surface cells required for its replication. One of the proposed actions of certain probiotics is the increase of mucins in the gastrointestinal and respiratory tracts.

How Do We Judge The Evidence For ‘Mucosal Immune Support’?

In recent years a hierarchy of the quality of evidence in medicine has been increasingly promoted, particularly for the formulation of guidelines. Hierarchies place randomised controlled trials (RCTs) at their summit, with various forms of observational studies nestling in the foothills, but information from observational studies and other foothill inhabitants (experimental investigations, analogy with similar conditions and processes, pathological, immunological, biochemical and pharmacological understanding and reasoning, and a derived assessment of risks and benefits) is also valuable.[i]

It is likely that innate host defense mechanisms play an important role in defense against novel strains associated with antigenic drift or shift. These defense mechanisms may play a greater role in more vulnerable subjects (e.g., those who are immunocompromised in other ways).

The currently available influenza anti-virals have a number of limitations. There is limited data on the use of anti-virals in vulnerable populations or in severe disease. Manufacturing of the antiviral products is complex, multiple doses are often required, and there are no licensed parenteral agents. Importantly, resistance has been observed to the licensed products.

On this basis, making use of food concentrates, probiotics, yeasts, and milk concentrates as a safe means of optimising innate antiviral defences is  low risk and potentially of significant benefit.

In areas with confirmed human cases of novel influenza A (H1N1) virus infection, the risk for infection can be reduced through a combination of actions. No single action will provide complete protection, but an approach combining the following steps can help decrease the likelihood of transmission. These recommended actions are:

Pandemic only means that a new virus is spreading across the world. It does not define its level of physical danger. That level of severity, according to The World Health Organization, is currently defined as “moderate.” And they go on to say:

“On present evidence, the overwhelming majority of patients experience mild symptoms and make a rapid and full recovery, often in the absence of any form of medical treatment.

Worldwide, the number of deaths is small. Each and every one of these deaths is tragic, and we have to brace ourselves to see more. However, we do not expect to see a sudden and dramatic jump in the number of severe or fatal infections.”

Pregnancy – What to do: 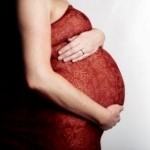 Human infections with a novel influenza A (H1N1) virus that is easily transmissible among humans were first identified in April 2009. Severe illnesses among pregnant woman and infants have been reported in this outbreak although the epidemiology and spectrum of illness among pregnant woman and infants are not fully understood at this time and are under investigation.

One of the more well-studied adverse effects of influenza is its associated hyperthermia. Studies have shown that maternal hyperthermia during the first trimester doubles the risk of neural tube defects and may be associated with other birth defects and adverse outcomes. Limited data suggest that the risk for birth defects associated with fever might be mitigated by antipyretic medications and/or multivitamins that contain folic acid.

The nutrients, colostrum, laktoferrin, yeast, and probiotics described in the mucosal support programme are not contraindicated in pregnancy and may be used as described. Vit D at 5000iu per day has been recommended as a minimum dose for pregnant women as it has a number of additional proposed health benefits for the mother and foetus.

Download Prevention of Influenza Episodes With Colostrum Compared With Vaccination in Healthy and High-Risk Cardiovascular Subjects
Download Modulation of Immune Functions by Foods
Download Epidemic influenza and vitamin D
Download Use of Vitamin D in Clinical Practice
Download Multiple Functions of Immunoglobulin A in Mucosal Defense against Viruses: an In Vitro Measles Virus Model