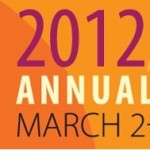 Does Avoiding Allergens When Pregnant or Breast Feeding Confer Any Benefit

It has been considered over the last few years to advise mothers during pregnancy and whilst breast feeding to avoid allergenic foods such as milk, nuts, and other risky foods to reduce the risk of childhood allergy. Not for the first time researchers say this practice may be doing more harm than good. Research papers presented at a recent American Academy of Allergy, Asthma, and Immunology conference suggests that exposure may be better than avoidance.[1]

Mothers who dropped cow’s milk products from their diet showed decreased levels of milk-specific IgA in their breast milk, which is thought to protect against development of allergies, according.

Their infants also showed impaired IgG responses to milk proteins, suggesting an increased risk for allergies to these antigens.

And, in a separate report presented at AAAAI, British researchers found that maternal dietary modifications during breastfeeding did not reduce development of food allergies in their children.

Even when the child is at higher than usual risk for food allergies, there is no equivocal evidence that dietary modifications by the mother make a difference. 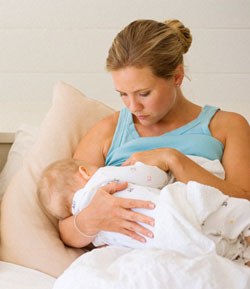 Nevertheless, many nursing mothers have pursued avoidance strategies, perhaps prompted by scientific reports that food allergens make their way into breast milk. The thinking has been that by keeping infants from being exposed to “unnatural” dairy and nut allergens too early, they won’t become allergic later on.

The study was a new analysis of data from a prospective birth cohort, assembled in the 1990s, that had collected milk and serum samples from nursing mothers and their infants who were followed for 18 months.

There were 160 mother-infant pairs in the cohort, including 71 in which the mothers had avoided cow’s milk, either because an earlier child was milk-allergic or allergy in the current infant was suspected.

IgA specific for two cow’s milk proteins (casein and BLG) in breast milk from the avoidance group averaged about one-third the levels seen in mothers with normal diets (P≤0.01), even though serum IgA levels in the women did not appear to be affected by diet.

IgG specific for the two proteins in the infants’ serum was also reduced when their mothers were avoiding breast milk, although the finding for casein-specific IgG fell just short of statistical significance (P=0.06; for BLG-specific IgG, P<0.05).

The researchers stated:  results indicated that maternal food avoidance may be “counterproductive” in keeping their infants from developing allergies.

The other study, led by Kate Grimshaw, CFNP, of the University of Southampton in the U.K., analysed data from a cohort of 1,170 women recruited during pregnancy and followed, along with their infants, for two years after birth.[2]

Grimshaw and colleagues focused on 41 mother-infant pairs in which the child developed a confirmed food allergy during follow up. They were matched retrospectively by maternal age with 82 other participant pairs who served as controls.

Testifying to the popularity of avoidance strategies, 97 the 123 mothers in the sample had self-selected to avoid at least one type of allergenic food (mainly nuts, shellfish, eggs, seeds, and legumes) during pregnancy and 99 had done so while breastfeeding.

The avoidance did not seem to help and may have been harmful. Among the women whose babies developed food allergies, 90% had pursued an avoidance strategy during pregnancy, compared with 73% of mothers in the control group (P=0.03).

Avoidance during lactation was also more common with subsequent allergy, but the association was not significant (P=0.11).

No other maternal factor examined in the cohort — education, use of antibiotics and various supplements — differed between the allergic and non-allergic groups.