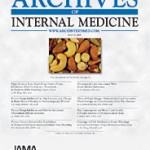 The idea we can live forever is still a fantasy, but living with reduced rates of mortality and morbidity are very achievable and represent perfectly reasonable aims. Outside of aesthetic objectives remaining a viable member of society and family through continued avoidance of disease and management of overall productive energy are perfectly fair aims.

The Journal Archives of Internal Medicine published a compelling study in April, looking at the effects of lifestyle habits on the risks for future mortality in the British population.[1]

The key elements – smoking, exercise, diet and alcohol were tracked in a prospective cohort study design. Just under 5000 people with an average age of 44 were followed for 20 years.

A prospective cohort study is a cohort study that follows over time a group of similar individuals (“cohort”) who differ with respect to certain factors under study, in order to determine how these factors affect rates of a certain outcome.

It will be of no surprise to Nutritional Therapists, or indeed anyone with a modest interest in the role of lifestyle habits on health, that those who followed the least healthy options passed away faster than those who followed a more recognised approach to health management.

The number that has attracted most interest of course relates to the benefits of following a life in which very modest health promotion strategies – regular exercise, good food, modest alcohol and no smoking were undertaken.

A remarkable 12 years gain in life expectancy and freedom from major disease was identified from following very modest lifestyle improvements.

The addition of suitable triage nutrients from supplemental form are likely to make up any shortfalls in the micronutrients required to meet regular DNA damage and as Prof Ames has stated will diminish the rate of gene related damage and alter gene expression more consistently.

Previous Post
What is the Best Test for Coeliac Diagnosis?
Next Post
Who Has More Genes – Us or a Grape?