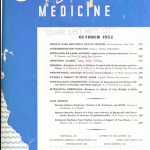 The Use Of Vitamin U For Gastric Ulcer Recovery

From a nutritional point of view, the gastrointestinal tract is considered one of the most important organs in the body. Maintaining a healthy digestive tract is paramount in achieving optimal health, as poor digestion can cause a multitude of seemingly unrelated problems. Nutritional health and gastrointestinal health are therefore closely correlated.

Peptic ulcer disease including both gastric and duodenal ulcer form a substantial part of patients seeking medical opinion world-wide. The concept of acid in peptic ulcer disease, which was the basis of treatment of peptic ulcer was revolutionised by the discovery of H2-receptor antagonists, that led to the principle of acid suppression therapy for duodenal ulcer which followed decades of preference for surgical interventions in the form of gastric resections, vagotomy etc., After the discovery of Helicobacter pylori organism as the causative factor a triple drug regime was identified to treat peptic disease which was further modified to sequential therapy to avoid antibiotic resistance. This recognition has not concluded the chapter on peptic ulcers. The management of ulcer disease and its complications remain a medical challenge.

The management of peptic ulcer disease and its complications remain a challenge. In addition, non-steroidal anti-inflammatory drugs (NSAIDs), low-dose aspirin, smoking, excessive alcohol use, emotional stress and psychosocial factors are increasingly important causes of ulcers and their complications even in H. pylori-negative patients. Other rare causes of peptic ulcer disease in the absence of H. pylori, NSAIDs, and aspirin also exist.

Use of Cabbage Juice (vitamin U)

Early studies recognized the effectiveness of raw cabbage juice in normalizing gastric and intestinal functioning. Glutamine and methionine derivatives present in the juice are believed to be the active principals. Specific attention has been focused on methionine S-methyl sulfonium (MMS) in the chlorinated form. Traditionally, this compound (MMS) has been referred to as “Vitamin U”, although

it does not meet the classic definition of a vitamin. MMS has a variety of documented effects including stimulating the formation of gastric mucous, serving as an antioxidant, and acting as a methyl donor for a variety of acceptors. One study concluded that MMS supported the normal healing process of the stomach following exposure to non steroidal anti-inflammatory agents (NSAIDS). Due to the high turnover rate of the gastrointestinal mucosa, vitamin A need is significantly.

Vitamin U, administered as raw cabbage juice to 100 patients with peptic ulcer, was apparently effective in promoting the rapid healing of uncomplicated peptic ulcers. The evidence of therapeutic benefit was;

The initial study, entitled “Rapid Healing of Peptic Ulcers in Patients Receiving Fresh Cabbage Juice” was considered of inadequate interest by the medical establishment to make these experiences better known.[3] The primary author further demonstrated with 2 more studies done in 1952 and 1956, with identical outcomes that vitamin U, is an effective treatment, and this was before the idea that bacteria may be deterministic causal factor.[4]

The ulcer-healing factor of cabbage (S-methylmethionine) is often referred to as “vitamin U”. The initial study used a litre of raw, cabbage juice that was consumed throughout each day. Based upon the results of the studies, the authors appear to suggest a protocol lasting 10-13 days.

The use of raw cabbage as a treatment whilst very interesting may find difficulty in terms of compliance. Some manufactured products have been shown to provide numerous benefits by utilising the active ingredients found in cabbage and adding others that are supportive. Gastrazyme™ provides such a unique blend of scientifically proven nutrients, most from their ideal, natural sources.  Cabbage juice supplies vitamin U complex (as DL-methionine methylsulfonium chloride). Mulberry leaves supply chlorophyllins and vitamin A is supplied as natural mixed carotenoids and palmitate. Gamma Oryzanol is not only derived from the far superior rice bran oil, but is combined in a proprietary tableting base which creates a synergistic antioxidant effect.