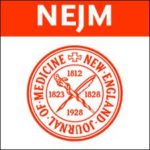 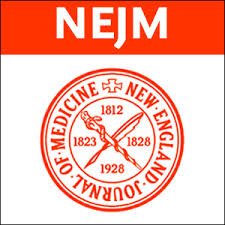 In a remarkable research Paper published in the New England Journal of Medicine, a group of researchers, led by Dr Gideon Lack have shown that early exposure to a specific allergen, reduces risk of future allergy.[1] The allergen in question is peanut. The Learning Early About Peanut (LEAP) came about because The prevalence of peanut allergy among children in Western countries has doubled in the past 10 years, reaching rates of 1.4 to 3.0%. Until recently advice has been for parents to avoid exposing at risk children, but this trial and others suggest that small amounts of antigen can assist the mucosal immune system to develop appropriate tolerogenic responses to common triggers.

The results of this trial are so compelling, and the problem of the increasing prevalence of peanut allergy so alarming, new guidelines concerning time of exposure should be forthcoming very soon. In the meantime, the authors suggest that any infant between 4 months and 8 months of age believed to be at risk for peanut allergy should undergo skin-prick testing for peanut. If the test results are negative, the child should be started on a diet that includes 2 g of peanut protein three times a week for at least 3 years, and if the results are positive but show mild sensitivity (i.e., the wheal measures 4 mm or less), the child should undergo a food challenge in which peanut is administered and the child’s response observed by a physician who has experience performing a food challenge. Children who are nonreactive should then be started on the peanut-containing diet. Although other studies are urgently needed to address the many questions that remain, especially with respect to other foods, the LEAP study makes it clear that we can do something now to reverse the increasing prevalence of peanut allergy.

The question of whether the participants who consumed peanut will continue to remain protected against the development of peanut allergy even after prolonged cessation of peanut consumption requires further study and is under investigation in the LEAP-On study (Persistence of Oral Tolerance to Peanut; ClinicalTrials.gov number, NCT01366846). These findings showed that early, sustained consumption of peanut products was associated with a substantial and significant decrease in the development of peanut allergy in high-risk infants. Conversely, peanut avoidance was associated with a greater frequency of clinical peanut allergy than was peanut consumption, which raises questions about the usefulness of deliberate avoidance of peanuts as a strategy to prevent allergy.