Dr Chuck Masur MD from Drs Data laboratory in the USA contributed this article to their in house e news letter in spring 2011. Chuck has kindly agreed that we may reproduce here.

The terrain of the gastrointestinal (GI) tract is vast and varied.  Villi and microvilli in the small intestine along with the absorptive cells of the large intestine contribute an effective absorptive surface area of about 200 m2 (equivalent to about 10 times the surface area of the human body or an area the size of a singles’ tennis court playing surface).  This terrain is occupied by about 10 x 1013 micro-organisms (the microbiota) – by comparison the microbiota exceed by 10-fold the total number of cells comprising the human body.  More than 1000 different species and sub-species contribute to the population of human GI micro-organisms; about 500 of these species are bacteria.

The microbiome is the totality of these micro-organisms, their genetic elements (genomes) and all of their interactions in their defined environment.  Any one person may have about 160 different micro-organisms colonizing their own particular microbiome, and thus about 80 of these would be bacterial species.  Approximately 99% of the total bacterial load is contributed by only 40 to 50 species; these fecal bacteria account for about 60% of the dry weight of stool.

The microbiota, generally, are imagined as homogeneously populating stool in the gut lumen such that one might envision taking a swab of a stool sample and simply plating it out on culture media and “analysing” it.  In truth, this simple construct is far from reality.  There are a multitude of distinct sub-populations in many micro-ecosystems throughout the GI tract from mouth to anus.  The environment in the small intestine is highly anaerobic and stool is a loose slurry-like mixture, while in the large intestine the environment becomes progressively more aerobic and, as water is reabsorbed, stool becomes more and more formed.  The microbiota can be free-living in the lumen (“planktonic”) or can be adherent in biofilms on food particles, on implanted devices and on the mucosal surfaces of the gut wall.  The composition of the sub-microbiota in these micro-ecosystems can change dynamically; this is especially true in the small intestine where changes can occur hour-to-hour depending on the availability of food substrates.

Imagining a simple co-existence between gut bacteria and the human host also is far from what takes place in reality.  Beneficial gut organisms perform a multitude of different functions upon which their human hosts depend, such as:

Molecular diagnostic technology has contributed immensely to the identification of the vast majority of micro-organisms inhabiting the GI tract.  Many sub-populations of the GI microbiota reside primarily in biofilms colonising the mucosa of the gut wall and the make-up of these colonies is distinctly different from those living a planktonic existence in the gut lumen or adherent to food particles in stool.  It must be understood that gut wall biofilms are not generally accessible except by destructive methods (e.g. biopsy).  Therefore, an accurate depiction by molecular diagnostic techniques of the totality of the GI microbiota in any individual stool sample would necessitate numerous mucosal biopsies and the use of at least 40 to 50 distinct molecular diagnostic probes.  At a cost of $150 to $200 per commercially available, FDA-approved probe, the cost of the probes alone would price such a depiction at a minimum of $6,000 to $7,500 – a very expensive stool analysis indeed!

Some commercial laboratories have developed their own low cost “in house” molecular diagnostic (DNA/PCR-based) probes but their reliability, especially with regard to clinical sensitivity and specificity (even if one were to grant that they have acceptable levels of analytical sensitivity and specificity) is questionable.  Therefore their use must be accompanied by a disclaimer that such tests are not to be used for diagnostic purposes.  Further, regarding “sensitivity”, high analytical sensitivity does not guarantee high clinical sensitivity, for example, as many as 15 % of known HIV-1 seropositive individuals may be “negative” on the exquisitely [analytically] sensitive PCR test for presence of the DNA of that virus.

Marketing materials for “in house” molecular diagnostic technology have claimed that their technology is “more sensitive than classic laboratory methods”.  Although not clearly stated, they are probably referring to “analytical sensitivity”; the ability to identify the fewest number of organisms.  This is not the same as “clinical sensitivity”; the ability to state, with a reasonable degree of certainty, that an organism is present when the technology reports to have found it (i.e. few false positives).

Similar materials have claimed that their molecular diagnostic technology is “specific and accurate”.  Again, although not clearly stated, they are probably referring to “analytical specificity”; the ability of a test to clearly differentiate one organism from another [and accurately report the findings].  This is not the same as “clinical specificity”; the ability to state, with a reasonable degree of certainty, that an organism is not present when the technology didn’t find it (i.e. few false negatives). 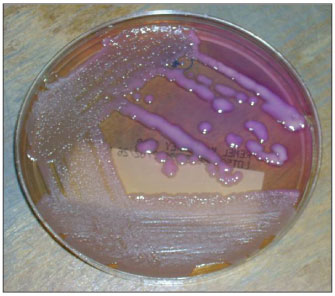 Marketing PCR/DNA-based stool testing as the only reliable way to get an “accurate” enumeration of total GI microbial load, is misleading and especially so given the fact that many important organisms are known to reside primarily in biofilms adherent to mucosal surfaces (not in the lumen) and thus would not be enumerated accurately by molecular testing of lumen contents.  For PCR/DNA-based enumeration to be sufficiently “accurate” for diagnostic purposes would require, at the very least, the aforementioned biopsies plus an analysis of lumenal contents not to mention the use of peer-reviewed, FDA approved molecular diagnostic technology.  Even with accurate enumeration, molecular diagnostic technology would include non-viable (dead) organisms and so could not give an accurate picture of the “balance” amongst living, metabolically active organisms in the GI tract.

In reality, the only non-destructive way to accurately and reliably (excellent clinical sensitivity and specificity) assess the degree of “balance” among the microbiota within the GI ecosystem is with culture-based stool analysis.  For this reason, culture-based stool analysis remains the Cornerstone to the Standard of Care for the assessment of gastrointestinal ecological balance and function: it is not “old school” or “old technology”– it is the “gold standard” against which the performance of all other technology is measured world-wide!

In summary, Comprehensive Stool Analysis expands on the standard of care for any complete assessment of gastrointestinal terrain and function:

State-of-the-art culture-based technology is the cornerstone of the International Standard of Practice for any comprehensive assessment of GI function.