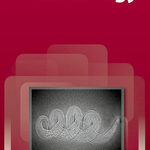 Dec 2013 saw a paper published in Interdisciplinary Toxicology that explored the notion that the popular herbicide called Roundup may have a relational link to its increased use.[1] In addition a number of other complex and distressing health conditions have been are increasingly attributed to this chemical.

Glyphosate was not originally designed as a herbicide. Patented by the Stauffer Chemical Company in 1964, it was introduced as a chelating agent. It avidly binds to metals. Glyphosate was first used as a descaling agent to clean out mineral deposits from the pipes in boilers and other hot water systems.

Glyphosate is no ordinary herbicide. Besides being the most used herbicide on earth, it is also the key revenue earner for Monsanto, the global company behind many of the legislative changes to encourage genetically modified foods. Most of Monsanto’s seeds, including soy, corn, canola, alfalfa, cotton, sugar beets and sorghum, are glyphosate resistant. As of 2009 and likely still the same, Monsanto’s Roundup (glyphosate) products, which include its GMO seeds, represented about half of Monsanto’s yearly revenue. This reliance on glyphosate products makes Monsanto extremely vulnerable to research challenging the herbicide’s safety.

Glyphosate herbicides all work in the same way – they inhibit an enzyme that plants need to promote growth. The specific enzyme is called EPSP synthase. This enzyme is found in plants and bacteria – including the commensal organisms that reside in our guts.

Celiac disease, and, more generally, gluten intolerance, is a growing problem worldwide, but especially in North America and Europe, where an estimated 5% of the population now suffers from it. Symptoms include nausea, diarrhoea, skin rashes, macrocytic anaemia and depression. It is a multifactorial disease associated with numerous nutritional deficiencies as well as reproductive issues and increased risk to thyroid disease, kidney failure and cancer.

Here, we propose that glyphosate, the active ingredient in the herbicide, Roundup®, is the most important causal factor in this epidemic. Fish exposed to glyphosate develop digestive problems that are reminiscent of celiac disease. Celiac disease is associated with imbalances in gut bacteria that can be fully explained by the known effects of glyphosate on gut bacteria. Characteristics of celiac disease point to impairment in many cytochrome P450 enzymes, which are involved with detoxifying environmental toxins, activating vitamin D3, catabolizing vitamin A, and maintaining bile acid production and sulphate supplies to the gut.

Glyphosate is known to inhibit cytochrome P450 enzymes. Deficiencies in iron, cobalt, molybdenum, copper and other rare metals associated with celiac disease can be attributed to glyphosate’s strong ability to chelate these elements. Deficiencies in tryptophan, tyrosine, methionine and selenomethionine associated with celiac disease match glyphosate’s known depletion of these amino acids.

Celiac disease patients have an increased risk to non-Hodgkin’s lymphoma, which has also been implicated in glyphosate exposure. Reproductive issues associated with celiac disease, such as infertility, miscarriages, and birth defects, can also be explained by glyphosate. Glyphosate residues in wheat and other crops are likely increasing recently due to the growing practice of crop desiccation just prior to the harvest.

We argue that the practice of “ripening” sugar cane with glyphosate may explain the recent surge in kidney failure among agricultural workers in Central America. We conclude with a plea to governments to reconsider policies regarding the safety of glyphosate residues in foods.

It can be hard in light of all the varied changes on food production over the last 100 years to confidently point to one problem chemical, as tested in isolation it can often be benign, but as Roundup is an effective chelater the consequences of its impact on crop, animal and human health will likely change a great deal when it is bound to other chemicals either as a deterministic part of fertiliser development or as in many south American countries, inadvertently due to ground contamination.

It is increasingly clear that this chemical, whilst conferring some benefit, may on long term analysis prove to be more problematic to human health than currently appreciated. Specialist long term research looking at aggregated effects of mixed chemicals may yet prove to be the clearest way of determining the consequences.