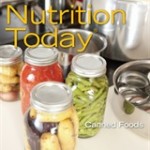 Introducing Gluten Into Infants’ Diets: Status of the Evidence

The Scientific Advisory Committee on Nutrition (SACN) and the Committee on Toxicity (COT) are both advisory committees of independent experts that provide advice to the Department of Health and Food Standards Agency in the United Kingdom.[1]

In March 2011, the committees jointly completed an in-depth review examining the most appropriate time to introduce gluten into an infant’s diet. They considered the available evidence to see whether the time that gluten is introduced into an infant’s diet affects the likelihood of developing coeliac disease and type 1 diabetes mellitus.

The SACN/COT statement was published in response to a scientific opinion given by the European Food Safety Authority, which concluded that the introduction of gluten into an infant’s diet before 6 months of age while still breast-feeding might reduce the risk of developing coeliac disease and type 1 diabetes mellitus.

The SACN/COT concluded that introducing gluten into infants’ diets before 3 months of age might be linked to an increased risk of coeliac disease, but they did not support European Food Safety Authority’s conclusion to introduce gluten into the infant diet before 6 months. A closer look at the scientific evidence reviewed by both committees highlights a number of study limitations, which can explain how different interpretations of the evidence have been reached.

Overall, the amount and quality of evidence are limited. Introducing gluten before 6 months is not recommended by UK health departments, and there are no known benefits of delaying the introduction of gluten in the diet for any longer than 6 months. There is evidence that continued breast-feeding while introducing gluten into the diet can protect against developing coeliac disease, so it is important for breast-feeding to continue for at least 6 months.

Previous Post
Gluten Challenge for CD – How Much, How Soon, How Long?
Next Post
Low Fat Milk – Too Much Too Often – No Evidence of Benefit