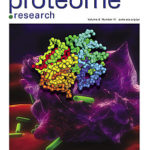 The study provides strong evidence that a daily consumption of 40 g of dark chocolate during a period of 2 weeks is sufficient to modify the metabolism of free living and healthy human subjects, as per variation of both host and gut microbial metabolism.

Eating about an ounce and a half of dark chocolate a day for two weeks reduced levels of stress hormones in the bodies of people feeling highly stressed. Everyone’s favourite treat also partially corrected other stress-related biochemical imbalances.

Previous Post
Revolutionary Advances in the Prevention of Demyelinating Diseases.
Next Post
All Immunity is Mucosal – The GUT is No 1