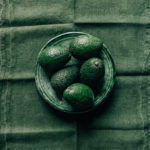 Paleolithic diet perhaps not that ‘Paleo’ 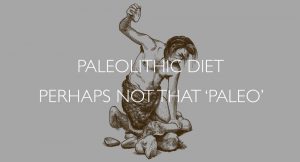 Whilst our ancestors’ diets would obviously have excluded highly refined foods, new research has been released to show that what they did include was starchy #carbohydrates, something that may cause disbelief amongst many ardent #paleo diet followers. During an excavation at the Border Cave in the Lebombo Mountains, scientists from the Wits Evolutionary Studies Institute at the University of the Witwatersrand in Johannesburg, have discovered well preserved pieces of fibre rich, carb-heavy, #rhizomes, dated up to 170,000 years ago. This find is at least 50,000 years earlier than previous examples of cooked carbohydrates being eaten.

Paleo diets have become very popular as people look to returning to natural ingredients for better health outcomes. A paleo dietary plan is based on foods similar to what may have been eaten during the Paleolithic era, dating from 2.5 million to 10,000 years ago, and typically includes lean meats, fish, fruits, vegetables, nuts and seeds. These foods were obtained traditionally through hunting and gathering. Foods such as dairy products, legumes and grains that became common when farming emerged around 10,000 years ago are restricted under the diet plan. Advocates of the paleo diet believe that the human body has not evolved to process dairy, legumes and grains and that a diet rich in these foods increases the risks of diabetes, heart disease and obesity. This assertion is clearly thrown into doubt with evidence found that humans were cooking starchy plants hundreds of thousands of years ago.

‘Hypoxis angustifolia’, nicknamed the African potato, has been used for thousands of years for its anti-inflammatory and immune boosting properties. The team of archaeologists found the charred remains of the African potato whilst sifting through ancient cooking fires. They were only found in the fire pits and not elsewhere, suggesting they were purposefully used for cooking with, rather than accidentally. They were found alongside bone indicating a balanced diet of plant and animal food. According to the study only humans could have transported whole rhizomes from the field to the cave. The study has important implications for human evolution. Karen Hardy, lead study author, says “Early hominins definitely did eat carbohydrates, which were necessary to enable the brain to develop.”