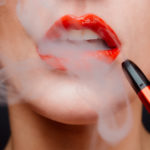 Are E-Cigarettes Compromising The Gut Barrier? 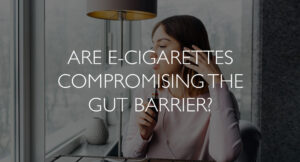 #E-Cigarettes have been marketed as the healthy alternative to conventional nicotine smoking, with millions of people now using them worldwide. Studies have already indicated that they have the potential to cause some damage to the lungs, but not nearly as much as tobacco cigarettes. Now new research from the University of California, published in iScience, has demonstrated, across several experiments, that e-cigarette vapour can weaken the #gut lining and lead to chronic #inflammation.

The researchers focused on exploring the effects of e-cigarette vapour on the gut lining using both human and animal cell samples. The experiments focused on #propylene glycol and vegetable glycerol – the two chemicals used as a base in all #vaping liquids- nicotine and flavouring chemicals were eliminated from the study. Firstly, the scientists investigated the effect of inhaling the vapours on mouse models, comparing acute exposure (every day for one week) to chronic exposure (every day for three months).  They found that whilst acute exposure produced minor negative effects, chronic exposure led to significant #colon #inflammation and a reduction in the expression of the gut barrier functioning genes. The team then collected stem cells from patients’ biopsies during colonoscopies and grew them in vitro to create 3D models of the human intestinal tract. These organoids were then exposed to e-cigarette liquid vapour. The studies on these models showed that chronic exposure caused the breakdown of the tight junction proteins. These are the proteins that act as a barrier that lines and protects the gut, their breakdown can trigger inflammation.

Inflammation of the gut can lead to a variety of diseases including inflammatory bowel disease, #IBS, dementia, certain cancers, atherosclerosis, liver fibrosis, diabetes and arthritis. Whilst research into the effects of e-cigarettes is still in its infancy, this study adds weight to the argument that far more knowledge is needed.

“This is the first study that demonstrates how chronic exposure to e-cigarettes increases the gut’s susceptibility to bacterial infections, leading to chronic inflammation and other health concerns,

“Given the importance of the gut barrier in the maintenance of the body’s immune homeostasis, the findings provide valuable insight into the potential long-term harmful effects chronic use of e-cigarettes on our health,”  Soumita Das, co-author