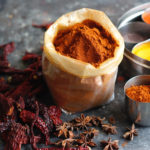 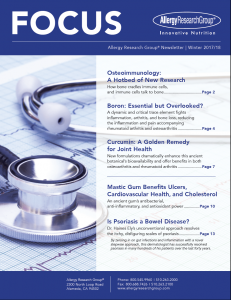 Liquid gold. Golden milk. That brilliant saffron-hued spice. We hear a lot about turmeric these days—also known as Curcuma longa—a member of the ginger family, and native of Southeast Asia.[i]  Valued for its brilliant hue and distinctive spicy-bitter flavor, its use as a dye, a spice, and in religious ceremonies dates back nearly 4000 years.[ii],[iii] Turmeric is a mainstay in Ayurvedic and Chinese medicine, thanks in large part to curcuminoids—three bright golden-colored, lipophilic polyphenols (curcumin, demethoxycurcumin and bisdemethoxycurcumin), collectively known as “curcumin” that are derived from the plant’s rhizomes.[iv],[v]  The main component of the root is a volatile oil containing turmerone.

Curcumin was first isolated almost 200 years ago.[vi]  Curcuminoids, the phenolic compounds responsible for its color, make up 2-5% of turmeric, and exhibit antioxidant, anti-inflammatory, antiviral, antibacterial, and antifungal activity.[vii] In particular, curcuminoids have antioxidant and anti-inflammatory properties that may be useful in lessening the pain and inflammation of arthritis.[viii] Several studies have been conducted which have confirmed the anti-arthritic effects of curcumin in humans with both osteoarthritis and rheumatoid arthritis.[ix],[x]

Curcumin is well recognized for its capacity to regulate and boost the activity of anti-inflammatory molecules in the body.[xi],[xii]  It can function as a potent antioxidant, proving helpful in a variety of conditions, such as diabetes, osteoarthritis, rheumatoid arthritis, cardiovascular conditions and degenerative diseases.[xiii],[xiv],[xv]  It increases activity of two of the body’s potent antioxidants, superoxide dismutase (SOD) and catalase.[xvi],[xvii]  Curcumin is also a fat-loving, or lipophilic compound, and thus like vitamin E is an efficient scavenger of lipid peroxyl radicals.[xviii],[xix] ,[xx],[xxi],[xxii]

Curcumin can trigger the expression and production of interleukin 10 (IL-10), a powerful cytokine with potent inflammation regulating activity.[xxiii]  IL-10 is a key factor in controlling a variety of inflammatory conditions, including osteoarthritis and rheumatoid arthritis, and has been described by some researchers as a “master switch” that can turn off inflammatory activity in the body.[xxiv]  Curcumin’s demonstrated ability to boost IL-10 production suggests the usefulness of this golden remedy in alleviating inflammation affecting a variety of chronic conditions, as well as modulating the immune response.[xxv] For this reason, it is not surprising that several studies have been conducted which have confirmed the anti-arthritic effects of curcumin in humans with both rheumatoid and osteoarthritis.[xxvi],[xxvii]

Rheumatoid arthritis (RA) is a chronic, systemic, autoimmune, inflammatory joint disease, which may cause damage to bone and cartilage, producing pain, limited mobility, and in some cases, frank physical disability.[xxviii] In one randomized, double-blind, placebo-controlled study, a bioavailable form of curcumin alleviated clinical symptoms associated with RA. Thirty-six patients with active RA were divided into three groups of twelve: one group was given a placebo twice daily, one received curcumin at a dosage of 250 mg twice daily (low-dose), and the third group received 500 mg twice daily (high-dose). By the end of the 90-day study, individuals who received both the low and high dose of the bioavailable curcumin experienced significant improvement in tests measuring clinical symptoms, while none of the patients who received the placebo had significant improvement. These findings suggest that curcumin has both analgesic and anti-inflammatory activities useful for the management of RA, starting at dosages as low as 250mg twice daily. All of the study participants tolerated the curcumin product well and reported no negative side effects.[xxix]

Curcumin has also demonstrated usefulness in the management of osteoarthritis (OA), a chronic joint condition that affects over 250 million people worldwide and is marked by inflammation, including elevated inflammatory cytokine levels.[xxx],[xxxi] In a randomized, double-blind, placebo-controlled trial, 40 participants suffering from mild-to-moderate OA in the knee were given either 1500 mg of highly bioavailable curcuminoids daily in three divided doses, or a matched placebo, for six weeks. Clinical symptoms were measured using the visual analog scale (VAS) which measures intensity of symptoms, the Western Ontario and McMaster Universities Osteoarthritis Index (WOMAC) scale, and Lequesne’s pain functional index (LPFI) scale.  At the conclusion of the study, participants who received the curcuminoids achieved significantly lower scores on all three scales compared with the placebo group.[xxxii]

In a longer randomized control trial conducted over eight months, 50 patients with OA received either standard treatment as prescribed by their physician, or standard treatment plus the addition of two 500-mg tablets of a natural curcuminoid formula. Scores on the WOMAC, physical function, and stiffness scales decreased significantly in the group receiving the curcuminoid compound in comparison with the control group. In addition, the group given the curcuminoid compound also exhibited significant decreases in all inflammatory markers.[xxxiii]

A highly bioavailable curcumin formula had measurable impact on muscle damage and recovery in 59 healthy, physically active, young adult participants after downhill running. This eight-week study measured levels of creatine kinase—which are elevated when there is muscle damage. Each participant also self-reported muscle soreness on a numerical scale.  The participants were divided into three groups: one being given 50 mg of bioavailable curcuminoids, another given 200 mg of bioavailable curcuminoids, and a third given the placebo. Measurements were taken before the exercise session, immediately following the session, and again at one, 24, 48, and 72 hours post-session.  Both curcumin groups had significantly reduced elevation in creatine kinase levels in comparison with the placebo group. In the group that received 200 mg of curcumin, self-reported pain scores were significantly reduced as well.[xxxiv]

In a double-blind, randomized, placebo-controlled follow-up study, the impact of the bioavailable curcumin on muscle damage and recovery following a session of running downhill was assessed. Sixty-two men and women were randomly selected to again receive either 50 mg curcuminoids, 200 mg curcuminoids, or a placebo for a period of eight weeks. At the end of the supplementation period, participants completed an exercise session of downhill running. Muscle function, and isokinetic peak flexion and extension were assessed just before the exercise session, and again at one, 24, 48, and 72 hours post-session. In this study, the high dose of bioavailable curcuminoids were observed to attenuate performance decrements following the downhill running, eccentric loading situation, suggesting it may lead to improvements in training if used on an ongoing basis.[xxxv]

Curcumin’s array of impressive health benefits is limited by the naturally poor bioavailability of curcuminoids, due to a low absorption rate, rapid metabolism, and quick elimination from the body.[xxxvi] In almost all of the studies cited in which curcumin successfully achieved a host of benefits, the formulations used were such that the natural bioavailability of the compound was enhanced by the addition of other agents.[xxxvii],[xxxviii],[xxxix],[xl]

Bioavailability was enhanced in the CHC formulation by dissolving a highly purified powder consisting of at least 95% curcuminoids in a water-soluble base, along with other encapsulating agents. Antioxidants in the form of tocopherol and ascorbyl palmitate were added to protect the curcumin from degradation.

Study participants were given 376 mg of curcumin either as CP, CTR, or CHC, or 1,800 mg of non-enhanced standard CS.[xli]  All participants tolerated the formulations well.  CHC significantly increased the quantity of curcuminoids in the bloodstream compared to CS, CP and CTR.  In fact, the CHC formulation showed a 45.9-fold increase in oral absorption in comparison to the CS formulation, a 34.9-fold increase over the volatile oil CTR format, and a 5.8-fold increase over the phytosome format. The CHC formulation also increased curcuminoids in the blood in comparison to the other formulations; it demonstrated an impressive 136.3-fold improved curcumin appearance in blood in comparison to unformulated standard curcumin. These findings indicate that the formulation consisting of 95% curcuminoids, combined with a water-soluble carrier, cellulosic derivatives, and natural antioxidants markedly augments the presence of beneficial curcuminoids in the bloodstream after oral ingestion when compared to unformulated standard curcumin, as well as traditional bioavailability-enhanced products. [xlii]

Curcumin’s popularity and reputation as a golden botanical continues to increase as studies confirm its traditionally acclaimed properties and health benefits, and we find means to dramatically enhance its bioavailability.

Previous Post
Sulfated Polysaccharides: Immune Boosters Extracted from Sea Life
Next Post
What to Read in the World of Health…