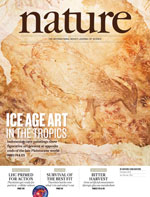 A paper in Nature back in 2014 noted that artificial non-caloric sweeteners (NAS) when consumed by mice had a detrimental effect of their metabolic health and microbiota, and the authors suggested that this connection may be an indication of risk in humans who consume these additives. The study used three artificial sweeteners: saccharin, sucralose (which is Splenda®), and aspartame.

Vaginal Seeding – Yes its Real and Possibly You are Considering it?

What? This is the act of applying vaginal bacteria to new-borns, not delivered vaginally to ensure exposure to the mother’s microbiome. Whilst at present, we don’t yet know whether the many conditions associated with C-section—including reported higher rates of allergies, asthma, atopic dermatitis, and even an association with autism diagnosis—are due to lack of exposure to the maternal vaginal microbiome to which, until recently, every surviving mammal had been exposed at birth.[1] Numerous people are considering this to be a prudent approach, as declining diversity of bacterial cohabitants are linked to increased problems with immune regulation and subsequent development of illness.

A fascinating open paper was published in microbiome in 2013, and its suggested conclusions are now more prescient than ever, as the relationship between genotype, phenotype, and metabolic repertoire in the microbiome is understood to be non-linear.[1] The requirement for a certain functional diversity to ensure a well-functioning cooperative intestinal microbiota is crucial to break down various complex dietary compounds and divide metabolic tasks among different community members.

Recent studies have suggested that gut bacteria play a fundamental role in diseases such as obesity, diabetes and cardiovascular disease. Data are accumulating in animal models and humans suggesting that obesity and type 2 diabetes (T2D) are associated with a profound dysbiosis.[1]

The growing knowledge in research communities concerning the symbiotic relationship we have with our bacterial organism population is increasingly reflecting that which we have been discussing for many years – namely the use of antibiotics (and many of our current lifestyle habits) is not a benign event in terms of microbiome outcomes. It seems that even short pulses of widely used antibiotics (amoxicillin and tylosin in this paper) can lead to long-term development changes in mouse pups, including increased body mass and bone growth and changes to the gut microbiota, according to a study published in Nature Communications.[1]

The Gut Microbiota in Internal Medicine: Implications for Health and Disease.

access paper published in the Netherlands Journal of Medicine in Feb 2015 explores the opportunities for health care management by understanding the role of the commensal organisms in the human gut, whilst there are many hundreds of papers published every month now on the microbiome and implications for care, there is still much to be learned.[1]

Old views are being changed rapidly and that throws up confusion and concern, indeed the clinical principles explored since Metchnikoff mainly by non conventional clinicians have obvious but inconsistent implications, and as we constantly discover subtle variations in composition and gene variances relating to the organisms that reside in and on us, the implications are that we need to develop some additional skills (knowledge) to really make this metabolic organ work with us.

Oh Boy… the journal Nature has this week (9.10.14) identified the insidious effect of consuming ‘diet’ or non caloric sweeteners on the burgeoning mass of human adipocytes and they have really taken a good run at it.[1]

Non-caloric artificial sweeteners (NAS) were introduced over a century ago as means for providing sweet taste to foods without the associated high energy content of caloric sugars. NAS consumption gained much popularity owing to their reduced costs, low caloric intake and perceived health benefits for weight reduction and normalization of blood sugar levels.[2] For these reasons, NAS are increasingly introduced into commonly consumed foods such as diet sodas, cereals and sugar-free desserts, and are being recommended for weight loss and for individuals suffering from glucose intolerance and type 2 diabetes mellitus.

Once Broken; Difficult To Fix Microbiomes Have Long Term Consequences

The gut microbiomes of young children appear to fail to fully recover from the trauma of early-life malnourishment, even after they are treated with more-complete diets, according to a 2014 study published in Nature.[1]

In this paper the research team led by Jeffrey Gordon of the Washington University in St. Louis sampled the gut microbiomes of healthy and malnourished children in Bangladesh and discovered that the microbiomes of children who were underfed and whose diets lacked essential nutrients looked less like those of adults and more like those of younger, healthy children.

The findings present a possible explanation for the commonly observed complications that malnourished children suffer even after they are treated with a standardised food regimen, including stunted growth, cognitive delays, and immune system problems. The researchers have suggested that the immature gut microbiomes of malnourished children may be partially responsible for some of these long-term impairments.